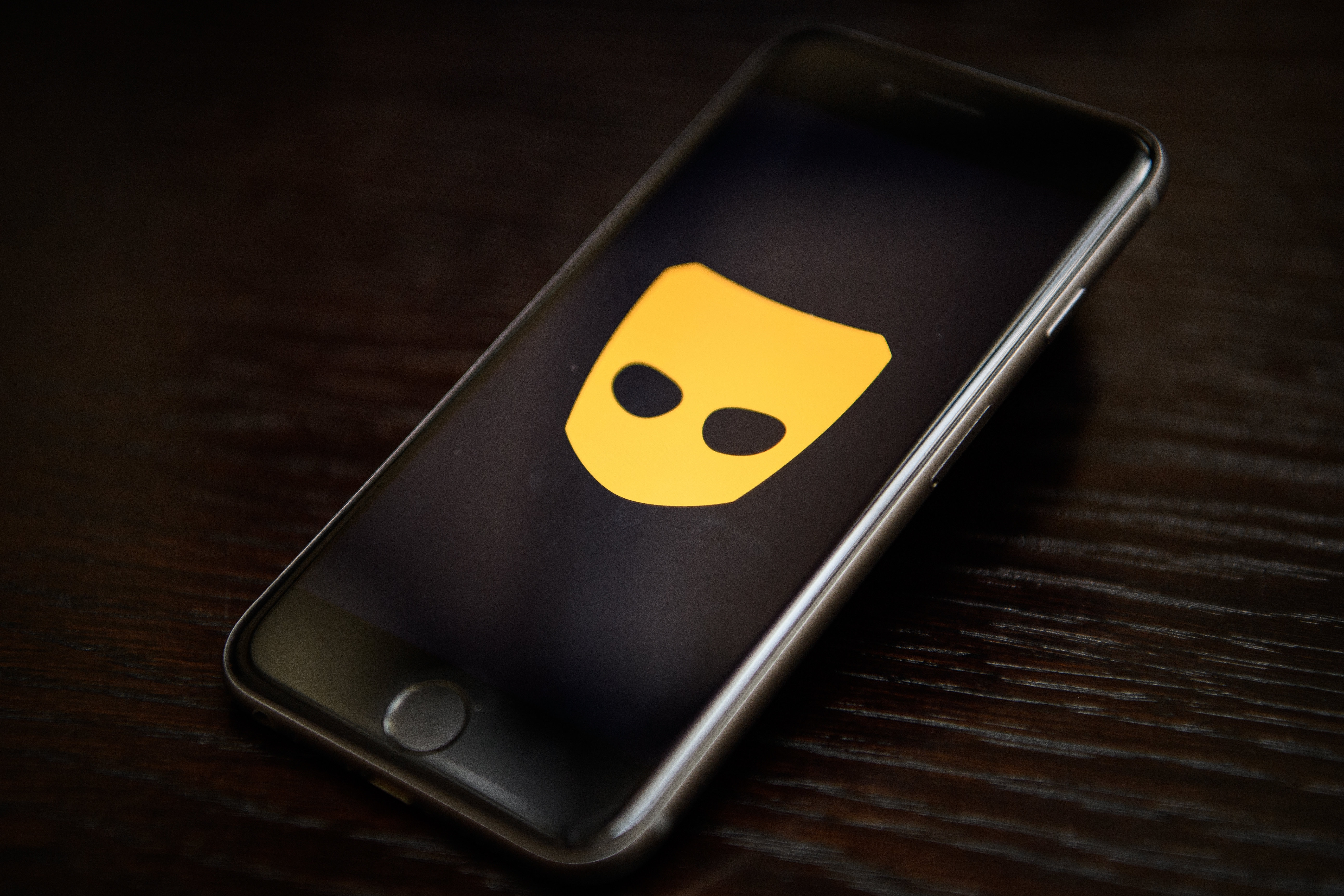 Newly-purchased iPhone 11 in hand, I opened up Grindr in Williamsburg hoping to see the guy whose ass I'd eaten a few months ago that I knew lived around the corner from the Verizon store I'd just left. But when the app loaded, I was no longer logged into my account, and every attempt I made to recover my password failed. That was annoying, because it meant I'd have to set up an entirely new account, and all the men I'd blocked — literally hundreds, not an exaggeration — would regain access to my profile. But what I didn't think about was that I'd need to reupload all my profile photos and wait for them to be approved. After all, they'd been approved once, so why would it be an issue now?

I selected my go-to Grindr pics, a mix of lightly Facetuned selfies and photos taken in various hotel bathrooms around the world (I travel a lot for work and never pass up the opportunity to use a well-lit bathroom). When it comes to dating apps, I always make sure to use my second-tier photos, ones where I look good, but not my absolute best (I'd always rather meet someone and have them think I look better in person, because the other way around is not fun). Obviously, as Grindr is primarily a hookup app, my photos show a bit more skin than ones I'd use on Tinder or OKCupid, but that mostly means a strapless dress or short skirt.

Photos uploaded, I waited for them to be approved. An hour later, I opened the app again to find that the same images I'd been using for months had been rejected. One of them, a photo I'd taken in a bathroom mirror during a trip to New Orleans in which I'm wearing a dress that comes to mid-thigh, was blocked for being "sexually suggestive." What was sexually suggestive about this photo besides the fact that it was posted on Grindr, an app for soliciting sex?

Taking my frustration to Twitter, as I am usually wont to do, I asked, "why can gay men show everything but hole in their profile photos but trans women can't even post photos in bathing suits? Smells like misogyny to me." A stream of replies and DMs flooded in from other trans women who have had similar experiences on the app.

Theodosia Markarian, a 36-year-old trans woman from Canada, used Grindr on-and-off for years before rejoining in 2018 after starting her transition. Her photos, once she rejoined, were rejected for nudity. "Both photos that were rejected were the same, just cropped differently. It was a mirror selfie with me in a black bra, no top, with my head and torso visible and the photo cut off about an inch below my belly button. It was rejected so I cropped it to slightly above my waist and it was rejected again. I stopped trying to upload anything other than fully clothed or face pictures after that."

Markarian felt this was a double standard, as male Grindr profiles are given far more leeway when it comes to showing skin and being sexually suggestive, including aggressive bulges, visible pubic hair, hands in underwear, ass cracks etc. "Even when I was using the app as a gay man, I could upload more sexually explicit photos than I could as a woman."

Gay men I spoke with who use Grindr have also had photos rejected, but by-and-large these photos features visible pubic hair and bulges. Still, all of them were able to post photos in underwear or swimwear once they'd cropped out pubic hair and "dick prints."

From Grindr's perspective, this means "users may not post photos that are considered sexually suggestive or that show genitalia, regardless of gender. Photos may be considered sexually suggestive if the user is posing in a way that is overly sexual (i.e. touching themselves or another person) or the user's pants sit low and show the pubic region. Users may also not post photos in swimwear unless they are in an outdoor setting (i.e. at the beach, at the pool)."

Yet when I have tried to post photos in a bathing suit clearly at a pool, those photos have been rejected. When pressed, Grindr refused to clarify whether they evaluate photos differently for men and women, saying only that they "recognize that questions around nipple exposure are particularly challenging, especially for our trans and non-binary community members. We cherish the ongoing opportunity and responsibility we have to be part of the bigger cultural conversation around this."

Related | My Year With Big Lips

"It's hard for me to say [Grindr isn't] targeting trans women based on my experiences and what I have seen others get away with," Markarian rebuts. "I know Apple has strict standards regarding what apps can show and that does result in blanket policies but they aren't applied evenly. I don't know if identifying myself as [a] trans woman on the platform opened me up to greater scrutiny or led to my photos being flagged for review automatically but I wouldn't be surprised if it did."

Of the many dating and hookup apps on the market, there are few that exclusively cater to trans folks, and those that do are scarcely populated. Originally launched as a hook-up app for gay men, Grindr has reoriented itself in recent years to be more inclusive of the entire LGBTQ+ spectrum. In 2013, a new version of the app launched with a feature that allowed users to add their profile to a particular tribe: Twink, Bear, Daddy, Discreet, etc. This included a Trans tribe, making it easier for trans folks to be found by trans-amorous users. What that means is that Grindr is the easiest place to find casual sex as a trans woman, especially if you're attracted to men, because that's where trans-amorous men (or, less kindly, chasers) know they can most easily find us.

So it's incredibly frustrating that, on the app where trans women have the best chance of finding safe casual sex with partners specifically looking for trans women, the app seems to unfavorably restrict the way women present themselves. As there's no algorithm in place scanning photos, human moderators must be making these calls, suggesting an internal policy with double standards based on gender.

At Tinder, which isn't an explicitly queer dating app, human moderators are also crucial when it comes to trans women's profiles, but they aim to be more helpful than restrictive. Thehe dating app introduced the More Genders options in 2016, allowing users to select from a list of 37 genders or write in their own. Soon after launching those options, the company decided against allowing users to opt out of seeing the profiles of trans people. This decision was a double-edged sword, leading to an increase of profiles being reported. "Trans people continue to be reported at higher rates by cisgender members simply for being who they are," the company stated in a blog post last November. To counteract this, the company has redirected more of their support staff to handling these reports.

While Tinder's moderators are actively trying to improve the experience of trans users, most trans people who have used the app are all too aware that it simply isn't trans-friendly. If I have my profile marked with my gender, I rarely match with people. If I don't, I get more matches, but when I inevitably disclose that I'm trans, men immediately unmatch with me. Other trans women have similar experiences on apps like Hinge and Bumble.

And that leaves me right back where I started: on Grindr, an app where I have the best chance of finding casual sex or maybe a date, but where I know I'll be subjected to censorship that doesn't apply to the men who also use the app. On March 6, news broke that Grindr's Chinese owners, Beijing Kunlun Tech, had sold it to San Vicente Acquisition under a government mandate (the Committee on Foreign Investment in the United States had concerns about data safety and gave owners a June 2020 deadline to sell). Under new ownership, perhaps the restrictions placed on trans women will change — but I'm not holding my breath.