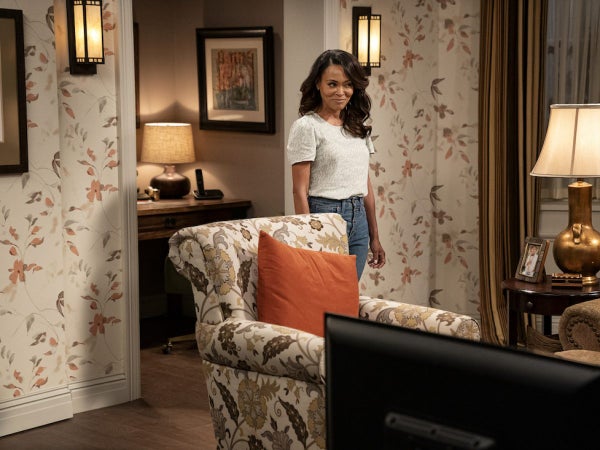 This month on streaming services classic ‘90s sitcoms, new rap comedies, and sports biopics are on the menu.

Filmmakers are exploring the realities of mental illness, revealing callous foreign policies, and exposing the inadequacies in our national approaches to crisis response by bringing to life stories that highlight how poorly we treat those suffering.

Beloved franchises are returning with the help of some of the faces that made me fall in love with them. See an IT girl bring her trademark smile back to the role that made her household name. Watch a skirt-chasingjock grasp for a legacy making position off of the football field, or follow a legend as she works to impart her wisdom to the next generation of hip-hop heroines.

Check out what’s new and Black on streaming services below.

Photo Credit: Columbia Pictures Watch Trailer 02What’s Love Got To Do With It – 11/1 (Roku)See Angela Bassett transform into Tina Turner in this unforgettable biopic.

Photo Credit: Touchstone Pictures 03The Wood 11/1 – (Paramount Plus)A trio of childhood friends are forced to revisit the past on the weekend of a wedding.

Photo Credit: United Artists Lions Gate Films Watch Trailer 06The Parent ‘Hood – 11/1 HBO MAXRobert Townsend and Suzzanne Douglas bring up a family in 90s Harlem. Watch it with your niece who swears she invented all your old hair styles.

Warner Brothers More Here 07Something New – 11/1 (HBO Max)Sanaa Lathan finds love in a different package than she thought it would arrive in.

Photo Credit: 1091 Pictures Watch Trailer 10Head Of The Class – 11/4 (HBO MAX)Robin Givens reprises her role as Darlene Hayward in this reboot of the 80s favorite.

Photo Credit: HBO MAX Watch Trailer 11Lace – 11/4 (ALL BLK)A legal professional protects her powerful clients in and outside of the courtroom.

ALL BLK Watch Trailer 12The Game – 11/11 (Paramount Plus)Wendy Raquel Robinson and Hosea Chanchez return to offeranother view of the off field madness in professional football.

Photo: Fernando Decillis/Paramount+ ©2021 Paramount+. All Rights Reserved. Watch Trailer 13Partners In Rhyme – 11/18 (ALL BLK)MC Lyte plays a rap legend who agrees to manage the career of her soundcloud star niece after falling on hard times.

Photo Credit: All Blk Watch Trailer 14The Killing of Kenneth Chamberlain – 11/19 (Amazon Prime)This film tells the true story of a man who mistakenly triggered his life alert and was executed by the police sent to help him shortly after.

HBO Max More Here 17Queen of The Damned – 11/30 (Hulu)Aaliyah brings her undeniable charisma to her role as Akasha, Queen of Vampires in this popular Anne Rice adaptation.

The post What’s New And Black On Streaming In November appeared first on Essence.