Today's constructor is veteran Lynn Lempel, who is known in the trade as the "Queen of Monday crosswords" (i.e "easy puzzles".).  By my count she has appeared in 3 Monday LA Times puzzles, the first in October of 2021 and two earlier this year, all reviewed by Boomer of course.  However she got in the game long before her debut here, appearing first in the Sunday New York Times(!!!) in December of 1979.  Also Lynn and our very own C.C. Burnikel are two of the women constructors featured in a collection of puzzles called Women of Letters, edited by our very own Patti Varol.  Here's how you can obtain a copy of those puzzles.

Today Lynn ups her LA Times game a bit by moving to a Thursday, with the cluing and fill being  harder than the average Monday puzzle and, for me at least, an even harder theme.  I'll start with the reveal:

59A. Evasive maneuvering, and what can literally be found in the answers to the starred clues: RUN AROUND.

As neither Lynn nor Patti provided any training wheels (AnonymousDNLC will love this one)., it took a while to grok the meaning of 59A.  After staring at the fill for quite a while I saw that embedded within it were 4 synonyms for evading pursuers:


17A. *Native American ritual: RAIN DANCE.  RACE  Desperate times call for desperate measures.  This video contains actual footage from SIOUX Indian rain dances at the very beginning of the film era.  It's long, but worth a peak  (8 min):

25A. *Cut from the short loin: STRIP STEAK.  STREAK.  This form of evasion may be a bit too revealing for a family blog, so I'm skipping a video. 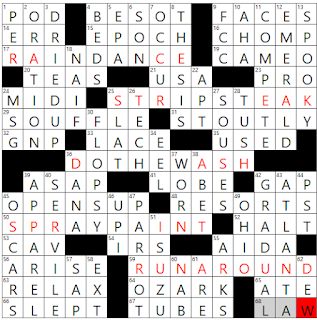 Here are the rest of Lynn's puzzle maneuvers:

1. Pea sheller's discard: POD.  This sheller has a tendency to eat these green sweets before they ever make it to the kitchen.

14. "To say they __ I dare not be so bold": Shakespeare: ERR.  Shakespeare is obviously BESOTTED by the "Dark Lady" praised in Sonnet 131; this line implies that he cares not for the opinion of those who don't find her as beautiful as he.

19. Bit part: CAMEO.   Also a tiny pendant or brooch with a bas-relief carved from a multi-layered stone with contrasting colors.  Perhaps the the allusion from films derives from the diminutive size of the cameo.

23. Major-leaguer: PRO.  A particular sport generalized to a superlative.

29. Light baked dish: SOUFFLE. Soufflé is French for "breath", and many cooks are afraid that if you breathe too heavily around one it will fall.  This article has surefire instructions on preventing this from happening.

33. Peignoir trim: LACE.  I think the principal purpose of the Peignoir is to BESOT the male of the species.  I suspect that Shakespeare's "Dark Lady" might have worn one.

39. W/o delay: ASAP.  As Soon as Possible, as opposed to STAT, which in medicalese means NOW! 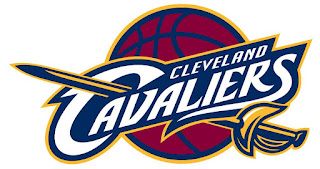 55. Opera set in Egypt that debuted in Cairo: AIDA. The titular heroine, Aida, is among the Ethiopian slaves brought to Egypt, after her country was conquered by the Egyptians.  Here is Aida, played by Ukrainian soprano Liudmyla Monastyrska, remembering better days in her fatherland in the aria "Oh Patria Mia":

64. Laura Linney Netflix series: OZARK.  Ozark is an American crime drama series created by Bill Dubuque and Mark Williams for Netflix. The series stars Jason Bateman and Laura Linney as Marty and Wendy Byrde, a married couple who move their family to the Lake of the Ozarks for money laundering.  Things do not go well.  Here's Wendy Byrde (and a CSO to our Wendy Bird):

67. Old TV parts: TUBES.  The TV tubes that I recall seem to predate the Google era.  All of the hits I found were about Cathode Ray Tubes (CRTs), which were ostensibly the most important components of old TVs.   But CRTs, today replaced by solid state flat screens, were a special type of what were generically referred to as vacuum tubes (or "valves), and there were many other types that comprised the circuitry that controlled the old analog TVs. You could usually buy them in drug stores, which also had testers for determining which was the culprit among the several that you suspected might have failed.   You can still find them on eBay.  And if you still have any, might be able to make a few bucks.

68. __ of averages: LAW.  The Law of Averages is more a "rule of thumb" than a law, and may or may not be true in particular circumstances.  It is often confused with the Law of Large Numbers.

2. Formal discourse: ORATION.  Here is one you might remember.  Let's hope we all remember it.

5. AQI monitor: EPA.  Air Quality Index.  Give this site your location and it will tell you its AQI.  The site is  run by the Environmental Protection Agency and partners. 6. Sir Carter, to Beyoncé: SON. Sir Carter is the SON of  Beyoncé Giselle Knowles-Carter and rapper Jay-Z, né Shawn Corey Carter.  Sir has a twin sister named Rumi.  The twins are about 4 years and I haven't included any pictures.

8. Project that must be defended: THESIS.  E.g. a Masters Thesis.  A Doctoral DISSERTATION, must also be defended, but it's much longer.  By exactly twice as many letters.

9. Net-neutrality regulatory org.: FCC.  The Federal Communications Commission (FCC).  Net neutrality is the principle that Internet service providers (ISPs) must treat all Internet communications equally, and not charge users different rates based on content, website, platform, application, type of equipment, source address, destination address, or method of communication.  This is not an easy task and is not in the interest of all Internet's stakeholders; and is thus fraught with complexity, controversy, and litigiousness.

10. Cry with a finger snap: AHA.  Heard often around the Corner early in the morning.

12. "Promising Young Woman" writer/director Fennell: EMERALD.  Promising Young Woman is a 2020 American thriller film written, co-produced, and directed by Emerald Fennell in her feature directorial debut. It stars Carey Mulligan as a young woman haunted by a traumatic past as she navigates balancing forgiveness and vengeance.  I have not seen this film, but it has gotten rave reviews. It sounds pretty heavy to me.  Hand up if you've seen it. 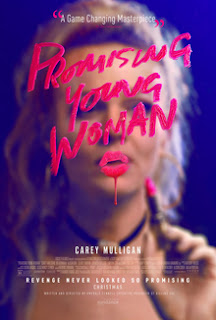 24. Sprinkle that adds umami, for short: MSG. Mono-Sodium Glutamate.  Substantiated by the theory that taste buds were formulated to detect a specific taste, it has been widely understood, until recently, that sweet, salty, sour, and bitter constituted the four distinguishable, and therefore, "official tastes".  However, in the early 1900s a Japanese scientist isolated a new flavor he called "umami". In 1990 the latter was "officially" recognized as the “fifth taste.”  This flavor was associated with an amino acid called glutamate and could be used to flavor foods by the addition of MSG.  Note however this mild dissent from the Mayo Clinic.  Now that we've added a fifth taste, might we be ready for a sixth sense?

27. Makes soaking wet: SOUSES.  Additional usages of SOUSE are "to make drunk" and "to pickle", e.g. pork, fish, or shellfish.  The adjective "pickled" then comes back around as "drunk".

30. Potter character: FLOPSY.  At first I thought this was a J.K. Rowling's character, but it turned out to be a Beatrice POTTER character, the creator of the lovable Peter Rabbit series.  Miss Potter (28 July 1866 – 22 December 1943) probably earned as much during her lifetime as Ms. Rowling has in hers.  Here's a trailer for Miss Potter, the remarkable story of this very charming woman.

45. Awards for Hunt and Hunter: OSCARS. Holly Hunter received her OSCAR for Best Actress for portraying Ada McGrath in the 1993 film The Piano. 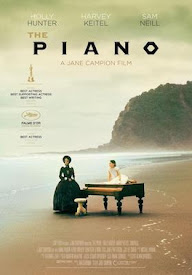 Linda Hunt received her OSCAR for Best Actress in a Supporting Role for her portrayal of Billy Kwan in the 1982 Australian Film The Year of Living Dangerously. 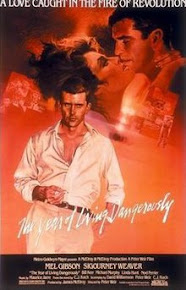 Both actresses also won "Best of " awards from numerous other cinematic awards organizations.

46. Global news agcy.: UPI.  United Press International (UPI) is an American international news agency whose newswires, photo, news film, and audio services provided news material to thousands of newspapers, magazines, radio and television stations for most of the 20th century. At its peak, it had more than 6,000 media subscribers. Since the first of several sales and staff cutbacks in 1982, and the 1999 sale of its broadcast client list to its main U.S. rival, the Associated Press, UPI has concentrated on smaller information-market niches.

49. One of Pittsburgh's three rivers: OHIO.  A CSO to Vidwan I think?

51. Automaker named for a Japanese river: ISUZU.  Behind the Badge: secrets of the Isuzu name and logo.

55. Sacred chests: ARKS.  Constructed during the Israelites' wanderings in the desert and used until the destruction of the First Temple, the Ark was the most important symbol of the Jewish faith, and served as the only physical manifestation of God on earth. The legends associated with this object - and the harsh penalties ascribed for anyone who misuses it - confirm the Ark's centrality to the Jewish faith of that period; the fact that Jews and non-Jews alike continue to study and imitate it confirms its centrality even today.  Some also consider Noah's Ark as a prefiguring (or "type") of the Ark of the Covenant, sheltering the remnant of God's chosen people (i.e. Noah's family) and the biosphere they they would need to survive and prosper after the great flood.

57. Drain: SAP. A verb.  The noun usually refers to Maple sap.  It takes about 40 gallons of Maple sap to produce one gallon of Maple syrup. Actually this figure can vary from 20 to 60 gallons or more depending primarily on sap sugar content.  It also requires a lot of seasoned wood, which must be chopped, split, and burned.  Maple sugaring is not an especially green practice, but if you have a stand of Maples and time on your hands in  late winter, here's how you do it.

62. Drops on the grass: DEW. Usually appearing in the early morning.

And as always, thanks to Teri for proofreading and for her constructive suggestions.