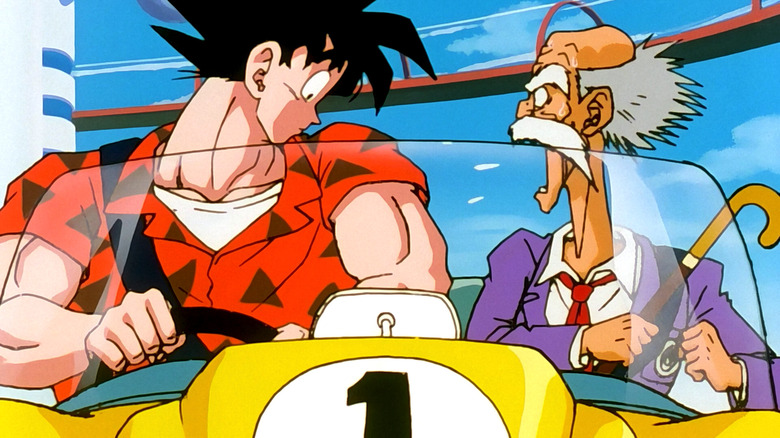 "Dragon Ball Z" is a wildly popular anime series that's best known for its epic action sequences. The action-packed shonen franchise has a reputation for being filled to the brim with crazy battle arcs and long drawn out fights, but not every episode of the show keeps the bloody, breakneck pace going. Some slow down to explore the characters in other, unexpected ways; I'm talking, of course, about the many filler episodes scattered throughout "Dragon Ball Z." Although the temptation is to dismiss these tangents, that would be an unfortunate mistake.

Filler episodes have a pretty negative connotation, especially for western audiences: storylines that barely register as canon and can be removed from the show without any impact on the story automatically sound annoying. But not only is there a practical explanation for these deviations, it's worth noting that "Dragon Ball Z" has a penchant for putting them to good use.

What's With All The Filler Episodes? 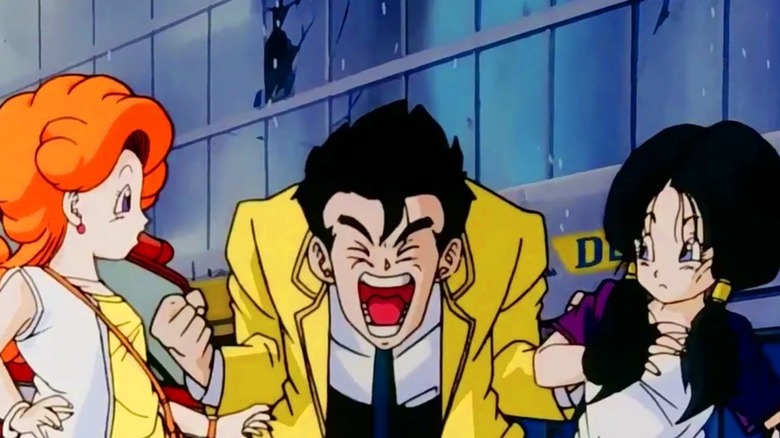 Long-running anime series like "Dragon Ball Z" are often beholden to their source material. When it comes to big, popular shonen properties, the anime adaptation tends to air while the manga is still in publication: this is where problems can arise. With both arriving on a weekly basis, a single 22 minute anime episode has the potential to cover much more ground than its 15-page counterpart, allowing the anime to catch up to its source material as the gap between the versions slowly close. Filler episodes exist to prevent the anime from surpassing the manga.

Fans of the series can probably pinpoint exactly when this came into play with "Dragon Ball Z." The show went off on all sorts of multi-episode tangents, like the Garlic Jr. Arc and Gohan's post-Cell adventures in high school. As these stories occur only in the anime and not the manga, fans designate these episodes as existing outside of the overall canon; often, the characters set out on mini side-quests but ultimately remain at a standstill when it comes to development, so they can pick right back up where the main story left off. Think back to the more lighthearted, comedy-oriented episodes in the series, like "Goku's Ordeal," where our hero spends a day at the DMV with Piccolo, learning to drive. It does the job, filling 22 minutes of story, but is ultimately inconsequential to the overall arc of the story.

When you have a series as long as "DBZ," filler episodes are inevitable: out of 291 episodes, over 40 of them are considered filler. In the age of streaming, many fans turn to internet guides to direct them away from such episodes, but allow me to make an argument against that impulse: There's no need to parse them out via Google, because the filler episodes in "Dragon Ball Z" are unskippable.

Give The Filler A Chance

Judge me if you must, but many of the "Dragon Ball Z" episodes dismissed as filler remain crystal clear in my mind as series favorites. We're talking about a show that has a talent for stretching single battles into episode long arcs. That means spending episode after episode (after episode) watching our favorite characters pummeled into the ground. Sue me, but sometimes it's nice to lower the stakes a little and watch them struggle with something simple and slightly less life threatening — like legendary fighter Son Goku failing his drivers test.

In the larger scope of a lengthy anime series, filler episodes can be exhausting. Worst of all, they can be utterly forgettable; since they can't actually push the story or characters forward, they often boil down to feeling pointless. But "DBZ" often manages to skirt past this, with a pretty fun variety of filler arcs. In one of the first filler episodes of the series, "Terror of Arlia," the Saiyan enemies Vegeta and Nappa pause their journey towards Earth to decimate the insectoid planet of Arlia. Though it has no effect on our main crew of heroes, it gives us the chance to see the pair in action before they eventually face off against Goku and friends. Seeing what they're capable of has a definite impact on the audience — it builds fear and suspense for the battle to come.

Later in the series, other filler episodes avoid being forgettable by leaning fully into their comedic value. If they only exist to kill time, why not go full slapstick? Thus we get wild romps like "Goku's Ordeal." The plot is simple: after being chased by a wild boar, Chi-Chi declares that the family needs a car and sends Goku and Piccolo out to get their licenses. What makes two of Earth's strongest warriors abandon training for the DMV? The threat of having to cook their own food, of course! And so we spend 20 minutes watching our protagonists fail miserably, crash some cars and save a bus full of school children. Fending off alien invaders is one thing, but paralleling parking is way beyond their abilities. The episode is absolutely ridiculous, but that's the fun of it!

Ultimately, filler episodes are just extra time spent with beloved characters. If you're willing to put in the work of watching over 200 episodes of "Dragon Ball Z" (over 600 if you're tuning in for the entire franchise), surely you must have an attachment to the characters leading the show! Watching them get up to ridiculous antics is all the more fun, especially when it comes in perfectly manageable bursts of just a few episodes at a time. Which brings me to the main event — the "Dragon Ball Z" filler arc that stands out above all others.

Justice For The Great Saiyaman 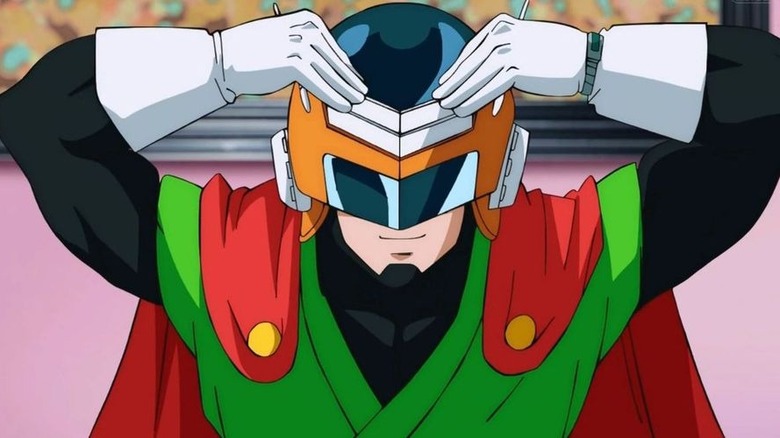 Alright, ya caught me — this was all just an elaborate scheme to get on a soapbox about my favorite crop of filler episodes in the series: the post-Cell high school arc. This is what great filler is all about! By this point in the series, we've watched Gohan grow from a wimpy booksmart kid into a booksmart teen with strength to rival his legendary father. We've seen him travel to new planets, survive the brink of death and exceed everyone's expectations as a fighter. We've watched the kid grow up! So it's impossible for us not to be curious about what happens when he takes off the tunic, dons a suit and say, goes out on his first date.

The Great Saiyaman saga is all about Gohan picking up on his studies seven years after the Cell Games. Unable to step away from heroics completely, he ends up getting a ridiculous costume (cape included) and adopting the persona, The Great Saiyaman. This is also where he meets Videl (the woman he'll one day marry), teaches her to control chi and prepares for the tournament that leads us into the Majin Buu saga. But hey, slow down, nevermind all that action — the filler episodes are where it's at!

This is where we get gems like "Gohan's First Date." Smack dab in the middle of the arc is an episode that shows off Gohan's struggle to live the superhero/regular student double life in the most hilarious fashion possible. His classmate Angela discovers his big secret and threatens to tell the world ... unless he goes on a date with her. Hilarity ensues, culminating with a scene where Gohan resorts to literally screaming as loud as he can, in an attempt to drown out the sound of her exposing his secret to another person (spoiler alert — it doesn't work).

The following filler episode sees the Great Saiyaman and Videl teaming up to take down the Red Shark Gang. It gives us extra time with these two as a duo, fighting crime and also building their rapport (despite Gohans' disguise). It adds to their budding romance, and beyond that, spotlights the pure fun of this arc. Gohan is in high school now, being a socially awkward teen with a secret superhero persona. It's a premise as old as time so the possibilities for both dramatic and hilarious situations are endless. The filler episodes give us room to embrace that.

The post The Reason Dragon Ball Z Has All Those Filler Episodes appeared first on /Film.