Last time we had a look at Barbie clothing I had ID'd. Now we have a few others! Seems this girl was also into some Bratz!

So what I did is I brought up the Bratz Wiki and looked at every. single. Bratz. doll ever made....ever. Since I was sick and didn't have any energy to do anything else except open my eyes and roll over in bed once in a while, this seemed like the perfect thing to do. And I was able to ID quite a few of them! So let's get to it!

We'll start with this jacket from the 2003 Wintertime Wonderland Cloe. 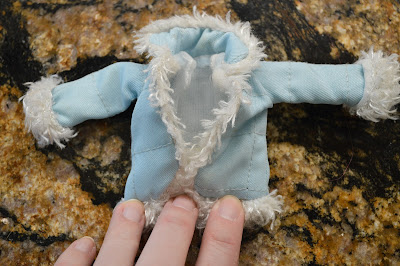 Makes it easy when there are tags. 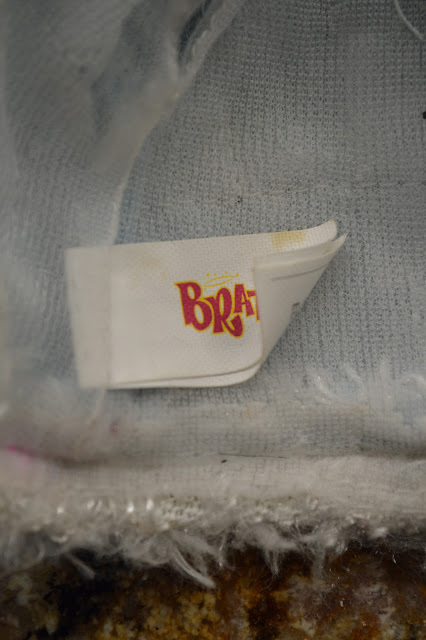 These pants are from a fashion pack, 2001 Study Hall Style Fashion. 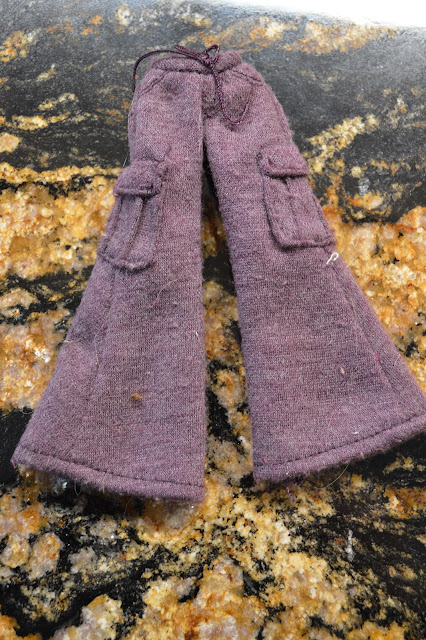 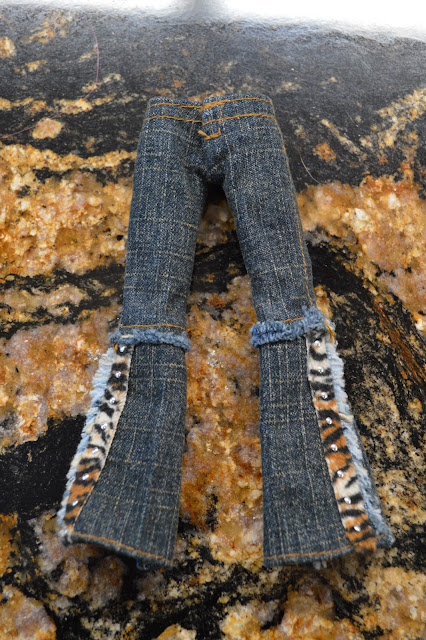 This safety pin shirt and vest come from the 2003 Style It Jade. 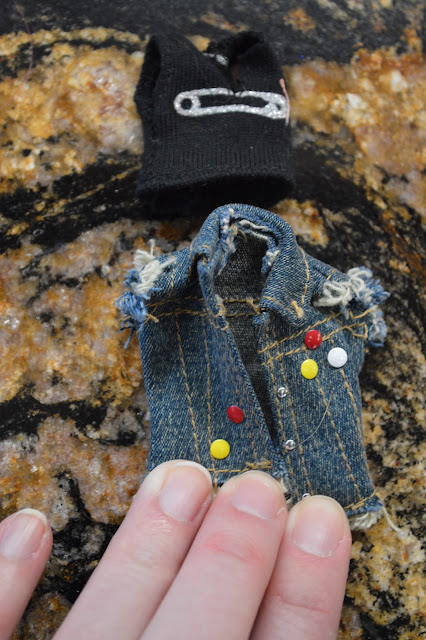 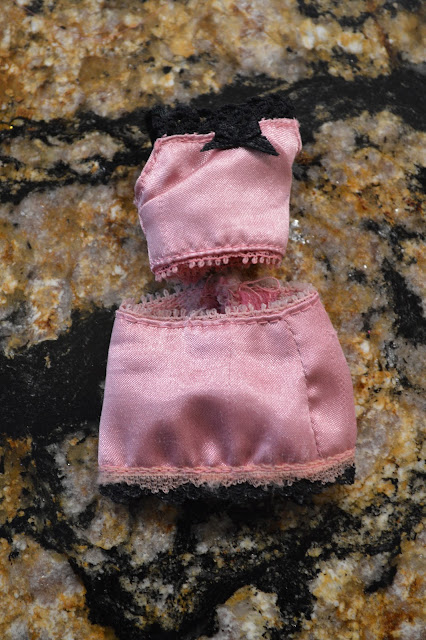 Remember this robe that our almost bald Cleo deNile was wearing in the doll post? It belongs to the 2002 Bratz Slumber Party Yasmin. 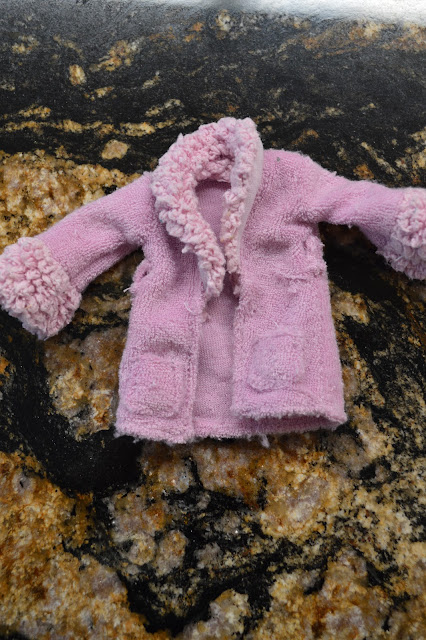 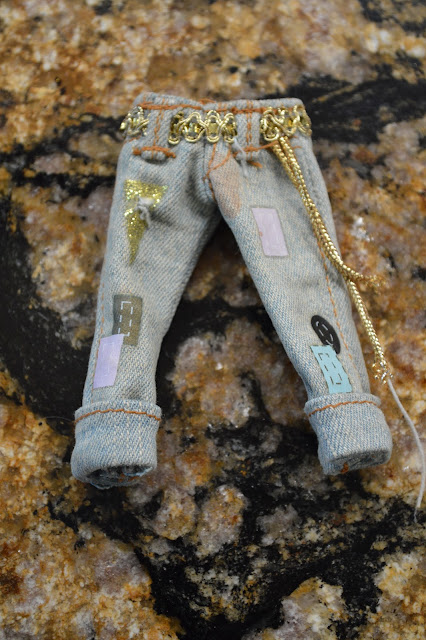 Skirt from 2008 Passion for Fashion Aubrey 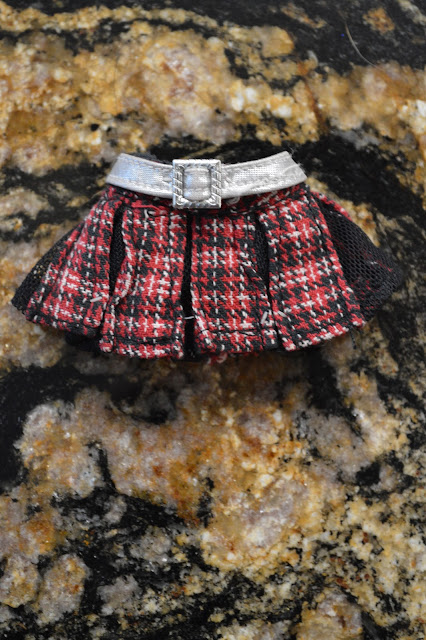 These capris with sparkly details are from the 2006 Princess Yasmin. They also came with the 2009 Bratz Stylin' Roxi doll. Which was a stand alone doll using leftover miscellaneous pieces from other playsets. 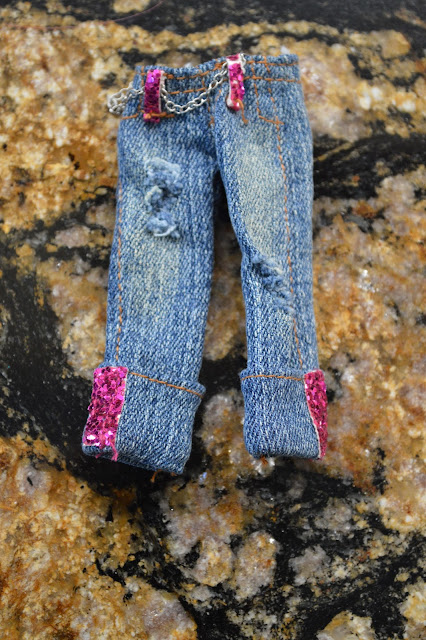 This vest took me a while to ID. That's because it's supposed to have sleeves but they've been cut off. This is from the 2004 Funk Out Yasmin. 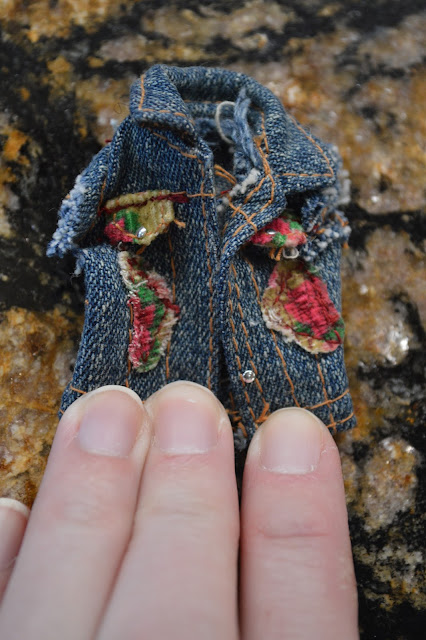 There were even some Bratz Boyz fashions in the mix! Cute little dragon shirt from 2002 Bratz Boyz First Edition Cameron 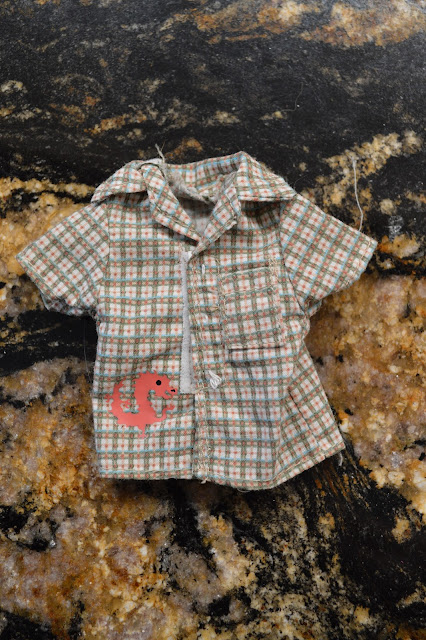 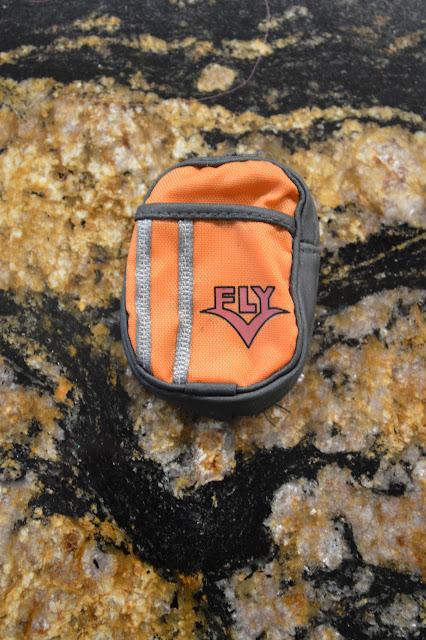 I also have some other smaller tops and baggy jeans that I'm sure go to Bratz dolls but haven't ID'd them yet. Might need to go through the pictures again.

Now we have some others! 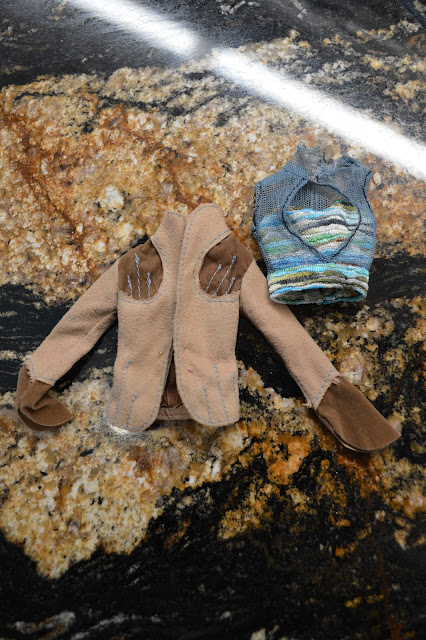 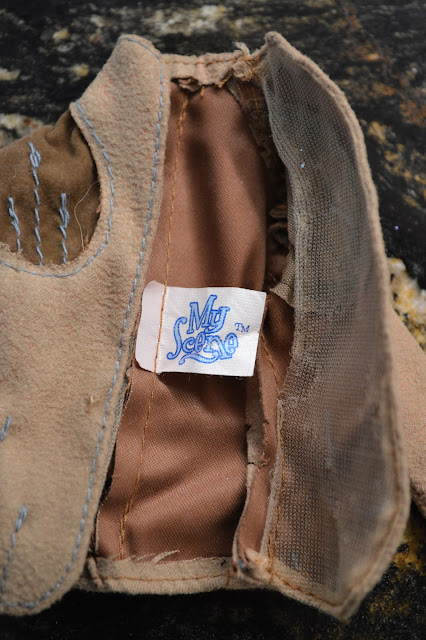 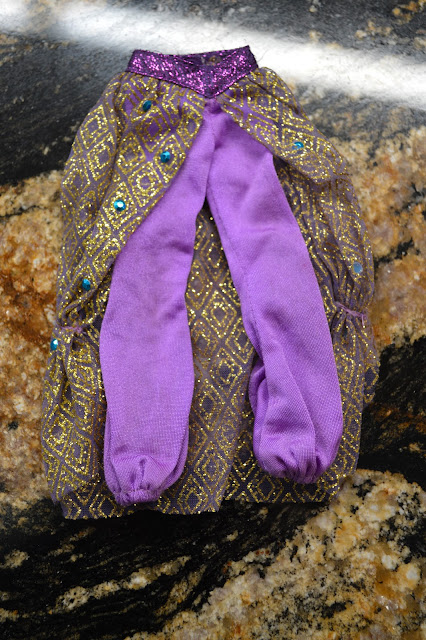 And I have two of this dress already. The 2010 Mattel Tangled Hair Extension Rapunzel doll. 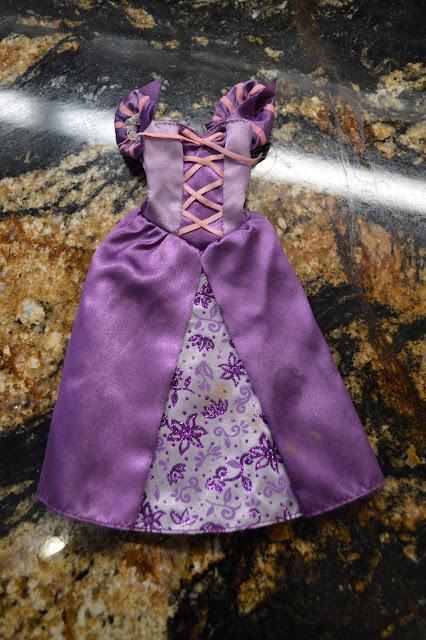 Remember this one? From the 2013 Ever After High Ashlynn Ella and Hunter Huntsman 2 pack. I have them and she is my favorite EAH doll! 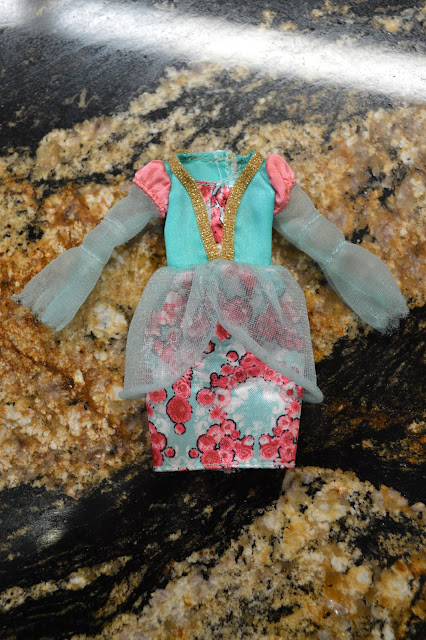 Now we have some Monster High clothes for the post too! 2 dresses from the Ghouls Rule Abbey Bominable. 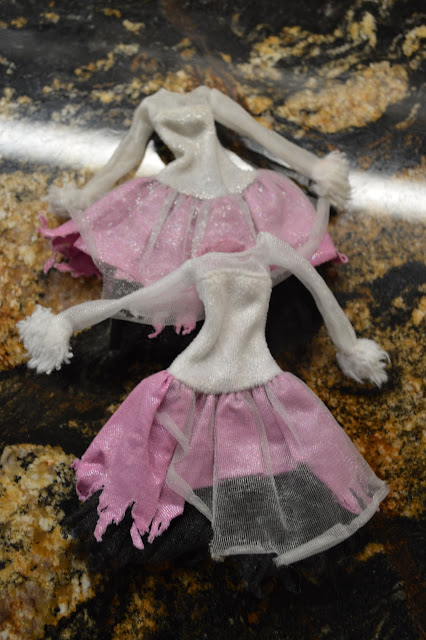 This is the dress that Spectra was wearing in the doll post. It's from Amanita Nightshade. 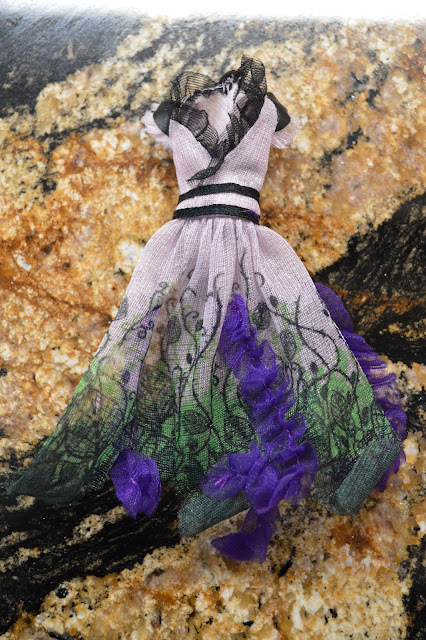 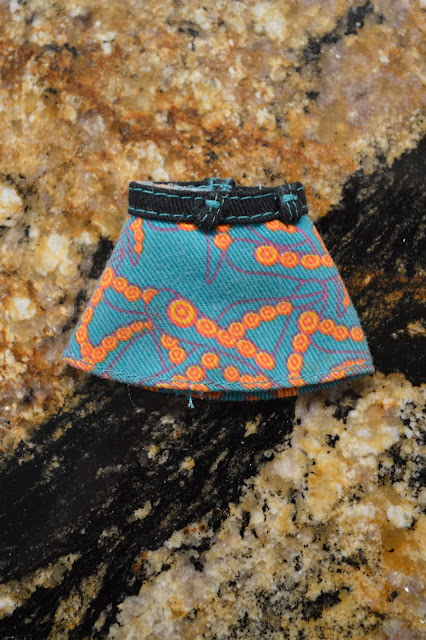 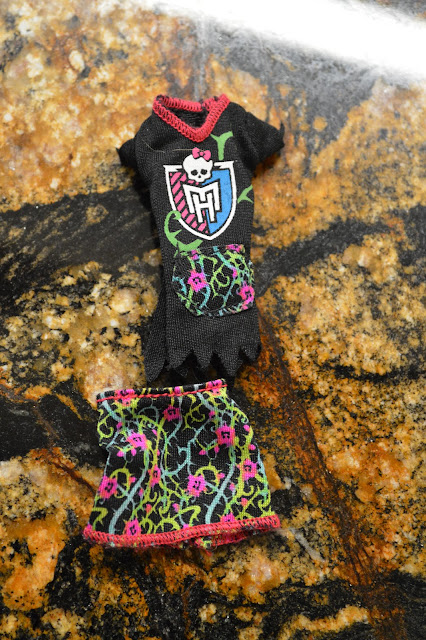 Dress from Ghouls Getaway Jinafire Long. I am SO sad this doll was not included in the lot! 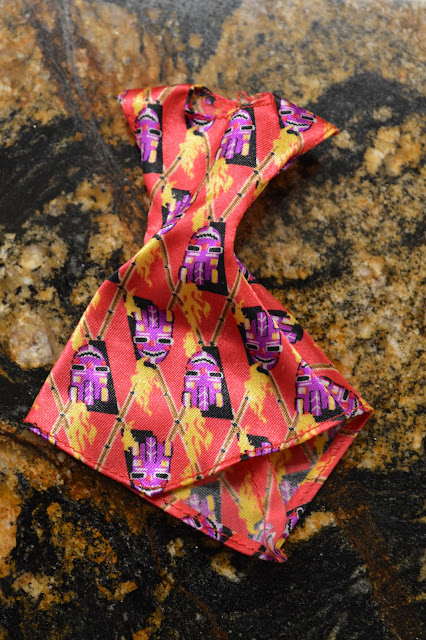 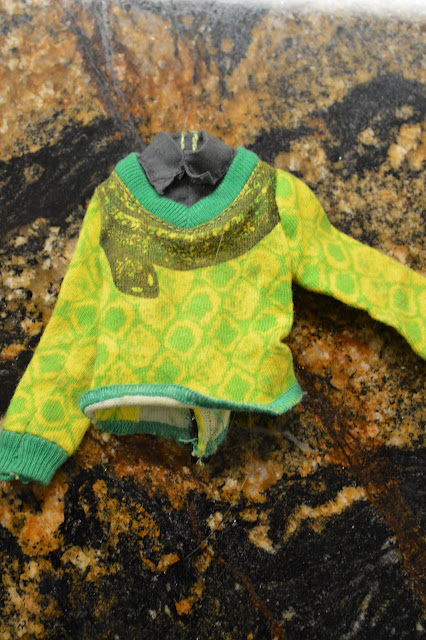 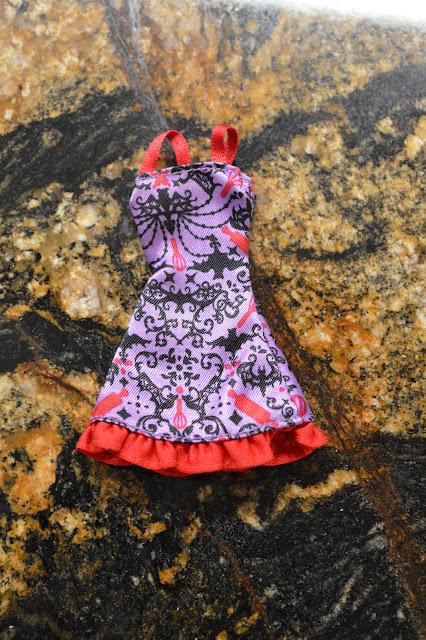 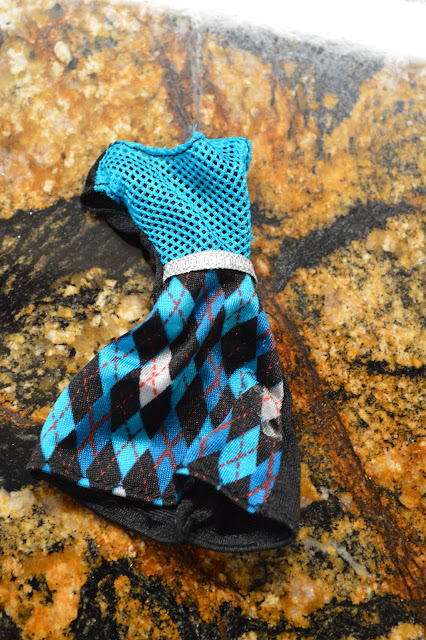 Dress from Dawn of the Dance Clawdeen Wolf. I have this doll and she has fabulous neon colored hair! 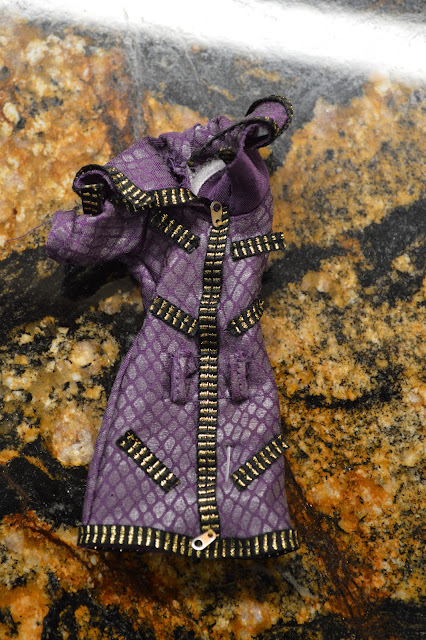 I also had a bunch of accessories but no matches for shoes. Even with my other misc monster high shoes I couldn't make a match. I do need more shoes for some of my MH dolls! We have shoes from some of the fashions and dolls, the white thing for the Jinafire Long doll, some octopus arms and the plant skirt thing from the Inner Monster Shockingly Shy and Scared Silly set, one of the wings to the Great Scarrier Reef Glowsome Ghoulfish Toralei doll, and the base to a doll stand. 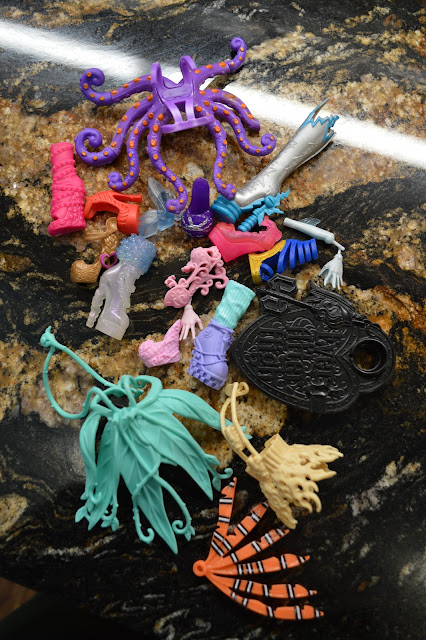 Well, that's all for today friends! Do you have any Bratz dolls in your collection? Never a fan? Let me know in the comments!

I can't decide if I'm going to show the accessories next or the dolls that have gone to the spa. Either way, stay tuned for that one! Until next time!