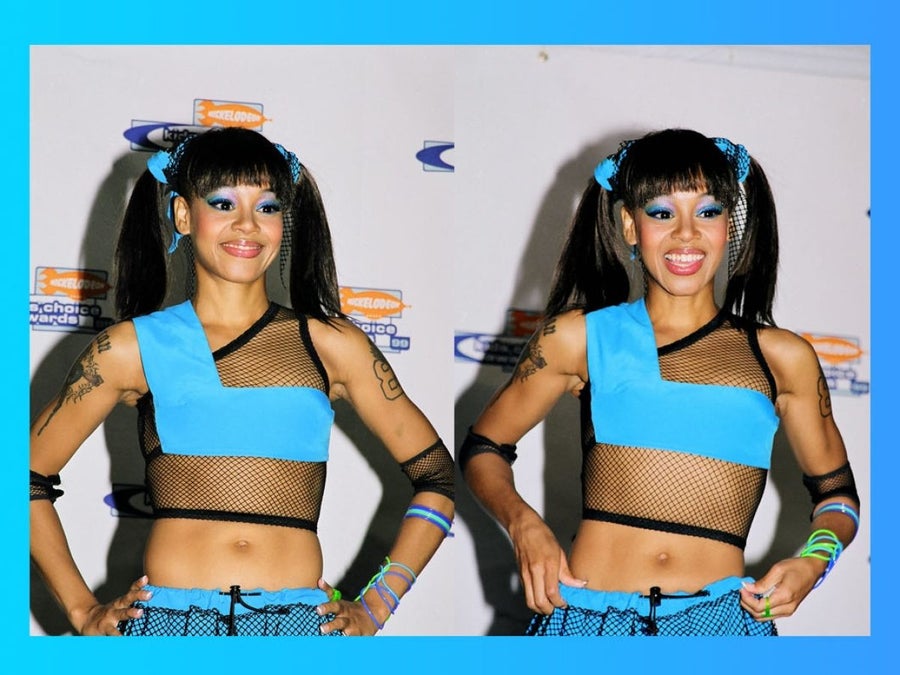 Lisa “Left Eye” Lopes, the rapper who was one-third of TLC, had serioustarget="_blank" rel="noreferrer noopener">Afrofuturistic hairstyles to the condom she wore over her eye to promote safe sex to her purple leather looks, she constantly raised the bar across fashion and beauty.

At the time of her passing in 2002, she was working on a clothing line in collaboration with her uncle, Kyle Young. The two were developing an extension of Young’s brand, called, Kyle Young: The Lisa “Left Eye” Lopes collection. They were set to kick off the line with thongs and boxers before delving into pajamas.

Young was also a stylist for Left Eye, having designed multiple pieces for her for photoshoots, award shows and music videos. He even styled the rapper for her 2001 appearance at the Essence Awards. For the event, she wore a black crop top covered in Coque feathers with a sheer chiffon skirt that’s not too far from the trending looks of today.

Just as Left Eye loved fashion, it loved her, too. In 1999, she was called upon to appear in a denim advertisement for Calvin Klein. She made history as one of the first women in rap to be featured in an ad for the fashion house. Foxy Brown also had a slot in the campaign and over 20 years later, Megan Thee Stallion and Chika have continued the legacy of hip hop’s homegirls receiving warm embraces from the brand.

ESSENCE cover star Cardi B has also been influenced by the late artist. For her 2018 Coachella performance, she wore all white, a homage to Left Eye’s “No Scrubs” look, and wore two high, side ponytails and another in the back with a loose, swoop bang. Left Eye wore a similar style in the 1999 video for “Dear Lie.” In a since-deleted post, the “Up” rapper gave a nod she’d be showing love to TLC style, sharing a photo of the trio in an all-white looks.

Cardi B is paying homage to Left Eye Lopes with her Coachella look. pic.twitter.com/kVafMn7VQF

Left Eye was an innovator in the booth and beyond. Keep scrolling to see some of her best fashion moments.

07Out of This World