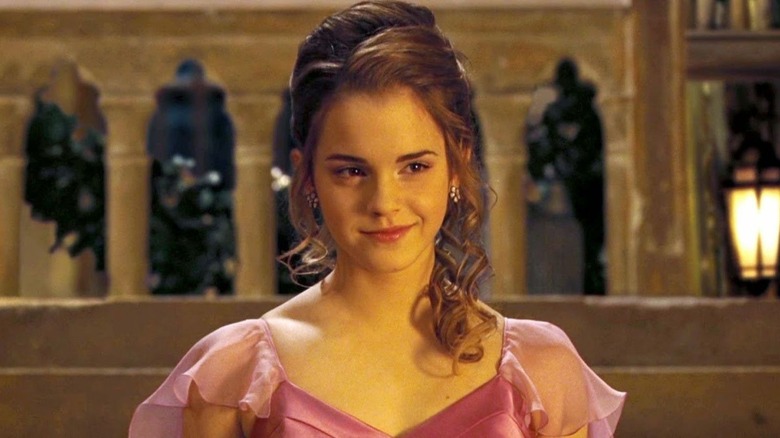 "Harry Potter and the Goblet of Fire" was a turning point in the franchise, picking up what "Prisoner of Azkaban" started by embracing a darker, far more serious tone that was more in line with J.K. Rowling's books. The depleting color of the Warner Bros. logo reminds viewers at the very beginning that things are changing in the Wizarding World, with the film's grim opening moments seeing Peter Pettigrew catering to Lord Voldemort' and killing an innocent man in the process.

It's all sunshine and rainbows for the next few minutes of "Goblet of Fire," until the Death Eaters come to ruin all the Quidditch World Cup fun, another reminder that the Wizarding World will never be the same again. But aside from the darkness rising, you will recognize that "Harry Potter and the Goblet of Fire" was perhaps the most fun movie in the franchise. It's a coming-of-age story, where teenagers are afforded a chance to be just teenagers, even if for a split second.

That brings me to the Yule Ball — the social event of the Triwizard Tournament where witches and wizards danced to a live rock band all night. It's also where Emma Watson's Hermione Granger has her big Cinderella moment — a scene that was necessary for her character, but one that Emma Watson secretly hated.

'I Knew It Was A Big Deal, And I Was Miserable.' 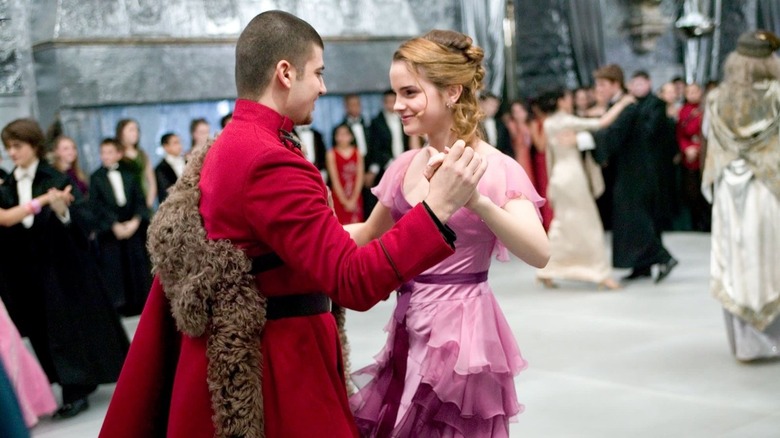 Hermione Granger attends the Yule Ball with Viktor Krum, the über-cool Bulgarian quidditch player from Durmstrang. Krum is also one of the four Triwizard Champions, which means that the two of them must dance before hundreds of students, including her friends Harry Potter and Ron Weasley.

It is established early on that Harry and Ron never consider asking Hermione to the ball, simply because they don't see her as anything more than a friend, or a "sidekick," as Emma Watson said, during the anticipated "Harry Potter 20th Anniversary: Return to Hogwarts" reunion special. And that's what made this pivotal scene so important. The actress recalled:

"I think for the first time, Harry and Ron, particularly Ron, see Hermione as a young woman, not just this kind of sidekick that they each have. I knew it was a big deal, and I was miserable...I just knew it was the duckling becomes a swan moment, I mean there was just all of this pressure suddenly.

Watson also shared some behind-the-scenes details, explaining that the film's director, Mike Newell coached her to walk down the stairs. And he gave her a "million" different directions about what the scene needed to be. Emma tried her best to keep up, but it didn't exactly go very well. Watson remembered:

It Planted The Seeds For Ron And Hermione's Romance

The Yule Ball was a pivotal moment for Ron and Hermione's relationship as well, as it is made clear that Ron finally begins to see her in a different light. He acts out of jealousy when he lashes out at Hermione for "fraternizing with the enemy," which I believe, is code for "dance with me." In a way, "Goblet of Fire" planted the seeds for their inevitable relationship, even though they're not officially together until four movies later.

Interestingly, Hermione's Yule Ball dress differed in the books and the adaptation. In the books, Hermione Granger wears a dress made of a floaty, periwinkle-blue material, which was changed to pink for the movies, believed to be a color better-suited for Emma Watson. The floor-length chiffon dress had a tiered skirt, with layers that turned a deeper shade of pink as they went on. It was a magical moment, and a wand wasn't required at all.

Emma Watson might have secretly hated filming the scene, but it was here that Hermione's personal coming-of-age story was spotlighted for the very first time.

Read this next: 13 Fantasy Films That Never Got Sequels