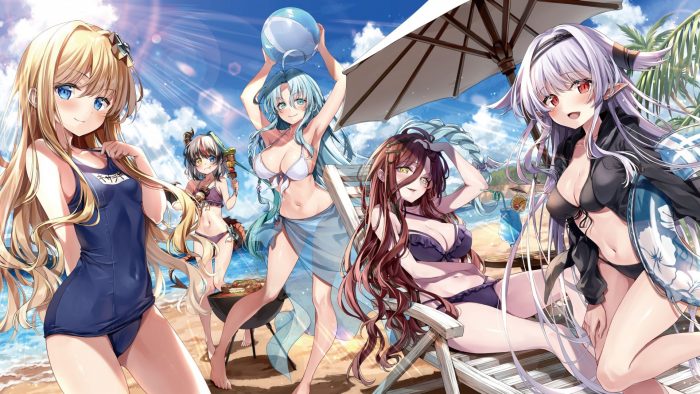 Sentouin, Hakenshimasu! (Combatants Will Be Dispatched!) is the Spring’s favorite ecchi for its ridiculous points system and the unabashed main characters who earn them. Though the series is full of moments that put this title well into the fanservice category, we decided to pick our favorite evil-point-earning ecchi moments. Here are our top 5 ecchi scenes in Sentouin, Hakenshimasu! (Combatants Will Be Dispatched!).

Grimm is a witch who can use the powers of the great lord Zenarith. Upon meeting Agent Six, she immediately turns a bit suggestive, asking Agent Six about his girlfriend status, declaring how she is single, and demanding to know more about Six. She even offers to show him something great under her skirt if he respects her god more. Agent Six doesn’t wait for permission to flip up Grimm’s skirt the rest of the way to reveal her black lacy thong! She is then dubbed Lady Butt Floss, of all things. In episode two, Six is already causing havoc. 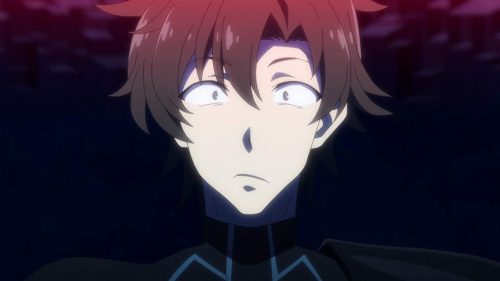 While in the desert in episode nine, the group gets stuck without supplies for days. Agent Six convinces Snow to let him get some evil points with her. She agrees begrudgingly, and he flips up her skirt to see her panties. After a moment, Six does it again. And then several more times. As agent Six explains that he can’t earn evil points if he’s not committing an evil act, so he asks Snow if she actually likes it! Emotions get high as no evil points are earned in a time of need! 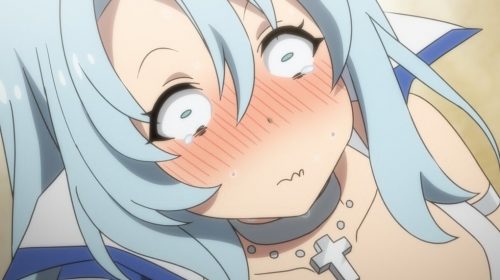 It is the night of a battle, and Six has used all of his evil points on frivolous things. Unable to fight until he gets more, he decides to take Alice’s advice and punch the nation’s king in the face. Snow stops Agent Six and offers to let him earn evil points with her. Agent Six takes a moment to figure out how best to acquire them in front of everyone. With a yell and a single move, Snow’s white panties are at her feet, and Six has earned those evil points. Six is back in action—in all kinds of ways!

2. Heine is a Hostage 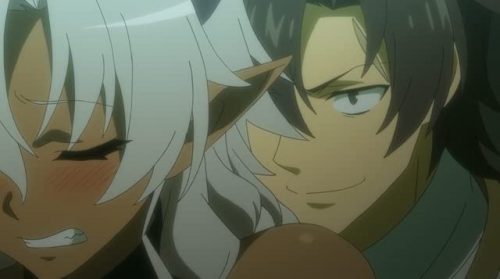 Heine is up against Agent Six again! Sort of. At a neutral event in episode eight, Agent Six sees Heine and decides to take her hostage against a small child. (Agent Six, there to be evil, again!) While using her as a shield, Six *tickles* her stomach and winds up grabbing her already mostly exposed breasts. Six earns enough evil points to keep himself in supplies for a while here! 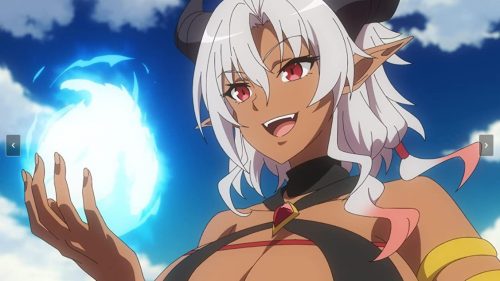 In episode 4, Agent Six is already on missions for the new planet he is on. When he faces the demon army general Heine, she loses miserably. If defeat wasn't enough, when Agent Six realizes she has lost her power source, he decides to take advantage of the moment and earn some evil points. Next thing we know, Six is taking uh… *cough* posed photos of Heine… in front of her army!

Combatants Will Be Dispatched! has so many times that ecchi behavior earns evil points that our favorite five don’t even start to cover them all. The only way to see them all is to tune in and watch the series! Have you checked this one out yet? What did you think? Let us know in the comments!