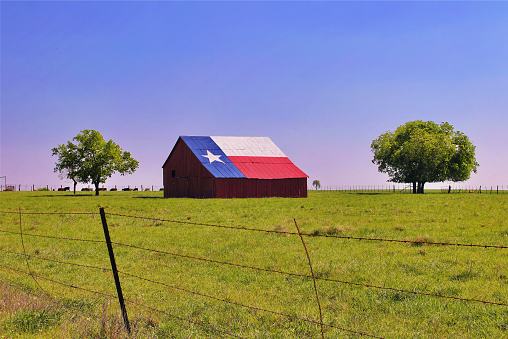 Yesterday was another day mostly taken up by travel. Colin, grandson Kegan, and I left Tomball about eleven-thirty, hoping to make it past Waco before the football game ended and the highways were crowded—make that, more crowded. We sailed along through the rolling countryside between Hempstead and College Station, marveling at how lovely it was. A quick stop in College Station for Chick Fil-A (goes against all my principles, but who can resist a fourteen-year-old?) and we were on our way. It seems to me from that point on, the trip is less scenic, the trees scrubby, the towns older and less vibrant.

What impressed me most though between College Station and Waco was how much land is still independently farmed. We passed small, modest houses—some with obvious deferred maintenance—tucked into clusters of trees, with huge well-kept barns and sheds, gleaming equipment. It was obvious where what money there was went, and when I remarked on it, Colin said, “OF course. It’s their livelihood.” Today an online article was about agribusiness vs. agriculture, lauding the independent farmer who cares about the quality of his product. Tracing the takeover of agribusiness back to the Nixon administration and Secretary of Agriculture Earl Butz, the writer stressed that farming is more than just a business. It’s a way of life. The moral, of course, is buy local, buy from independent farmers. Better food, cheaper, less reliance on the supply chain, even though, thanks to President Biden, problems with that have dramatically decreased.

Once again, Waco was the nemesis. (Christian, whose Baylor roots are strong, is offended by my attitude toward Waco). We were just barely ahead of the end of the game, but we planned to skirt around the city on the loop and be safely on I-35 before disappointed patrons left what was really a close game. Colin’s phone, though, warned him of a huge traffic jam on the loop and directed us on a tiny back road (I was sure we were lost) to a neighborhood street that was bumper to bumper with other folks following the advice we were. Once again, I saw parts of Waco that I could have easily missed. (Colin says I’m judgmental, and Christian said he looked at our route and we were in Bellmead, not Waco—this made him feel better. I said the name Bellmead conjures up visions of a southern plantation and gracious living, and we agreed Bellmead, Texas, is not that.)

My stay in Tomball, though short, was most enjoyable. I loved spending some time with two grandchildren (at sixteen and fourteen, they have busy schedules and weren’t around all the time). One thing that really impressed me is that the Tomball Alters play a lot of family games. I saw gin rummy and cribbage, and they finished a 1000-word jigsaw puzzle and started a 2000-word one. Everybody pitched in, even placing a piece or two as they walked by. Colin fixed my morning tea, saw to it I had something for breakfast, and even fixed tuna salad and cottage cheese for lunch one day. We feasted last night on leftovers, and I understand we will eat those again here tonight.

Sophie and I were glad to get home, much as we both loved being in Tomball. We got here about three-thirty, and she went right to her crate and fell asleep, despite having slept all the way in the car. She roused for dinner in the main house but wanted quickly to be in the cottage again, where we later found her asleep. A brief trip outside around eleven and she was in the crate again. When Colin and Kegan came in at six this morning to say goodbye, Sophie roused briefly and went right back to sleep. We both wakened again at nine o’clock—by then, Colin and Kegan were in Navasota already! Now, at noon, they’ve been home for two hours.

And here I am at my computer. My mums show the first sign of fading, but the oak leaf hydrangea out the French doors is a riot of fall color. Last night, strands of tiny lights festooned the railing of the deck, and my green pinpoint lights were scattered all over the neighbor’s wall. Inside, my tree was lit, my tiny virtual fireplace blazing, and colorful sparkly lights decorated my pussy willows. All festive and a warm welcome home.