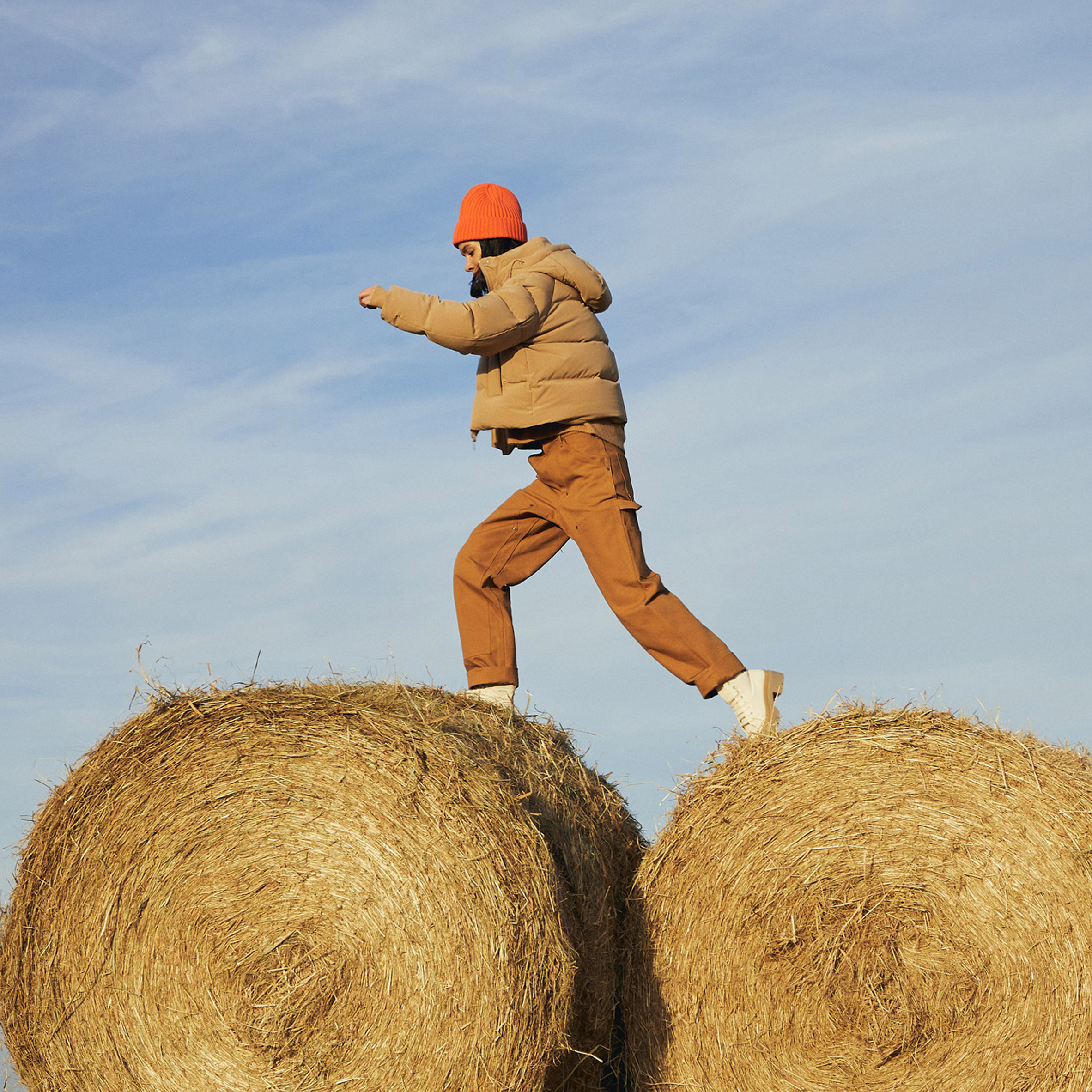 New York fashion brand The Arrivals has created a puffer jacket with a Faraday pocket that blocks cellular and GPS signals on smartphones, to encourage wearers to switch off and "reconnect with the outdoors".

The parka's chest pocket is lined in a combination of polyester, copper and nickel, and blocks radio-frequency identification (RFID), Near Field Communication (NFC), electromagnetic fields (EMR and EMF) and radiation signals.

The design draws on the Faraday cage, an electromagnetic-proof mesh shield created in 1836 by English scientist Michael Faraday. 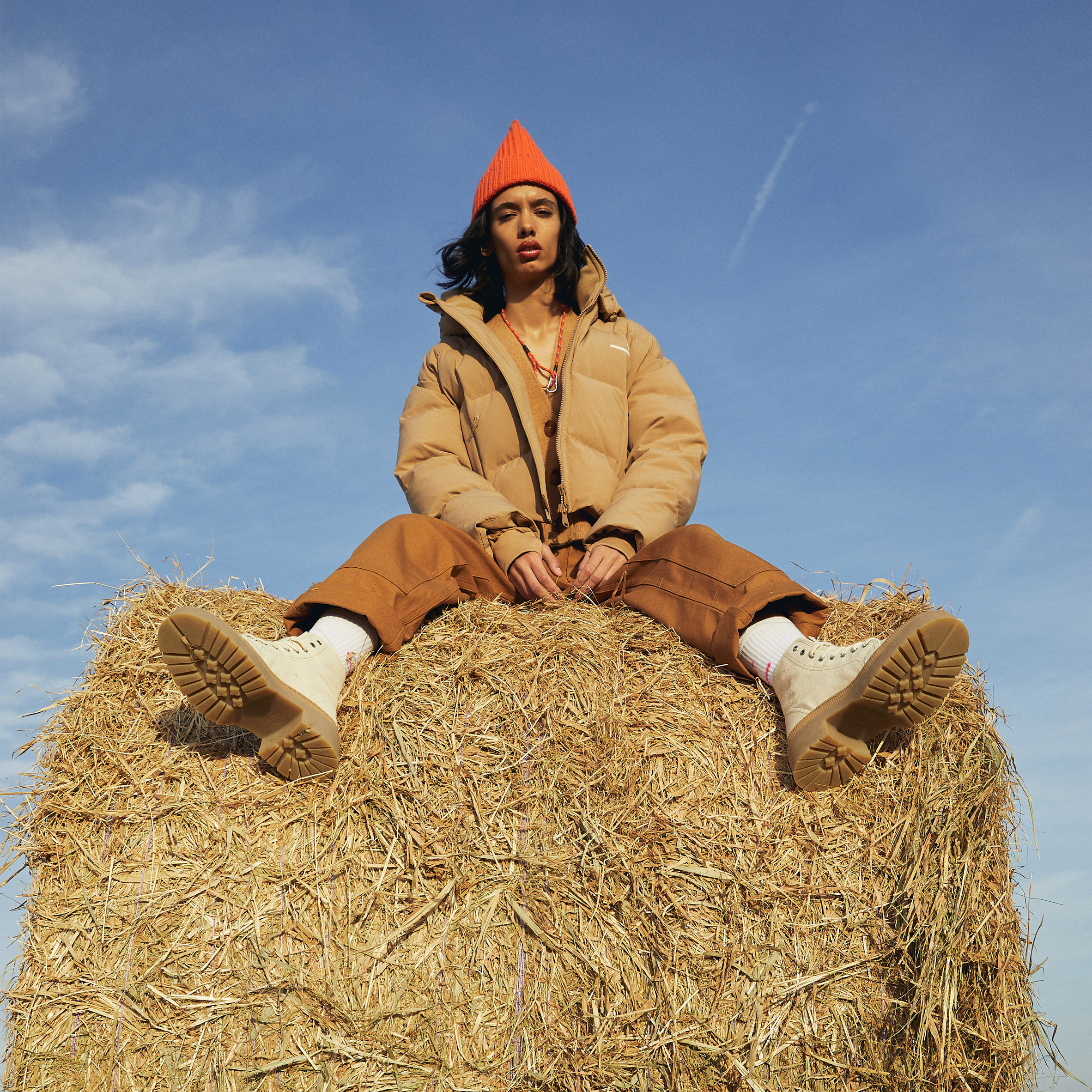 After deciding to create apparel that allowed wearers to disconnect, The Arrivals "quickly stumbled" across the Faraday concept when researching anti-conductive technology and the potential for it to be applied to fashion.

"We live in a time where we are more connected to our devices than to the environments we inhabit," The Arrivals co-founder Jeff Johnson told Dezeen.

"We began conceptualising solutions that would enable users to reconnect with the outdoors by disconnecting from everything else." 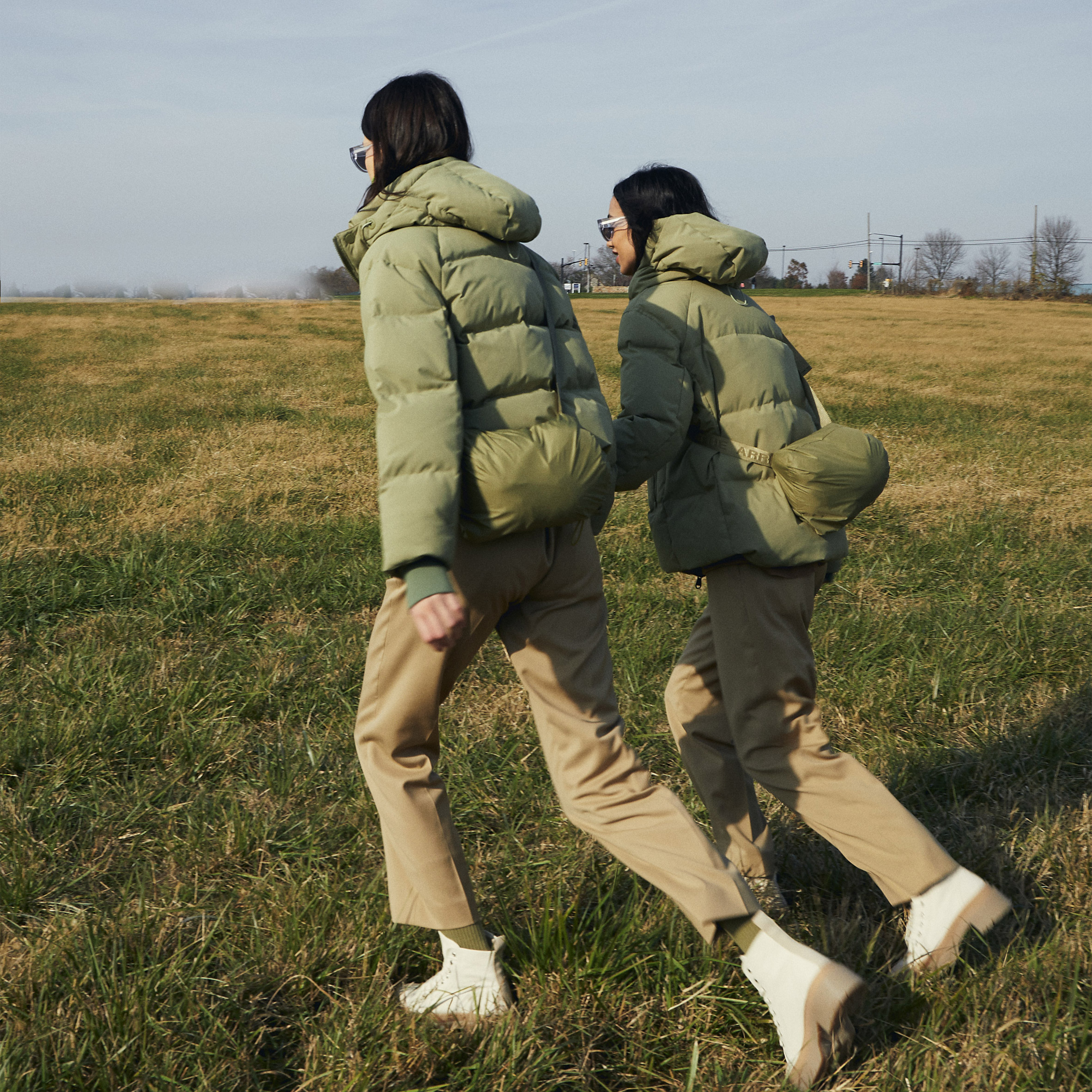 "We quickly stumbled upon a recurring word 'Faraday': the last name of Michael Faraday, the 19th-century scientist that developed the Faraday Cage a physical cage made of anti-conductive materials that blocked all electromagnetic transmission in and out."

Since its conception, Faraday technology has evolved into woven textiles, allowing The Arrivals to incorporate this technology into the Aer off-the-grid Puffer.

It has also been incorporated into a number of projects that aim to reduce accessibility to tech, including a capsule to combat smartphone addiction, a conceptcar with an impenetrable private space and a Melbourne installation.

A London exhibition at Somerset House, on view from 31 October 2019 to 23 February 2020, also features a copper blanket that acts as a Faraday Cage to prevent electromagnetic waves that visitors can be wrapped in. 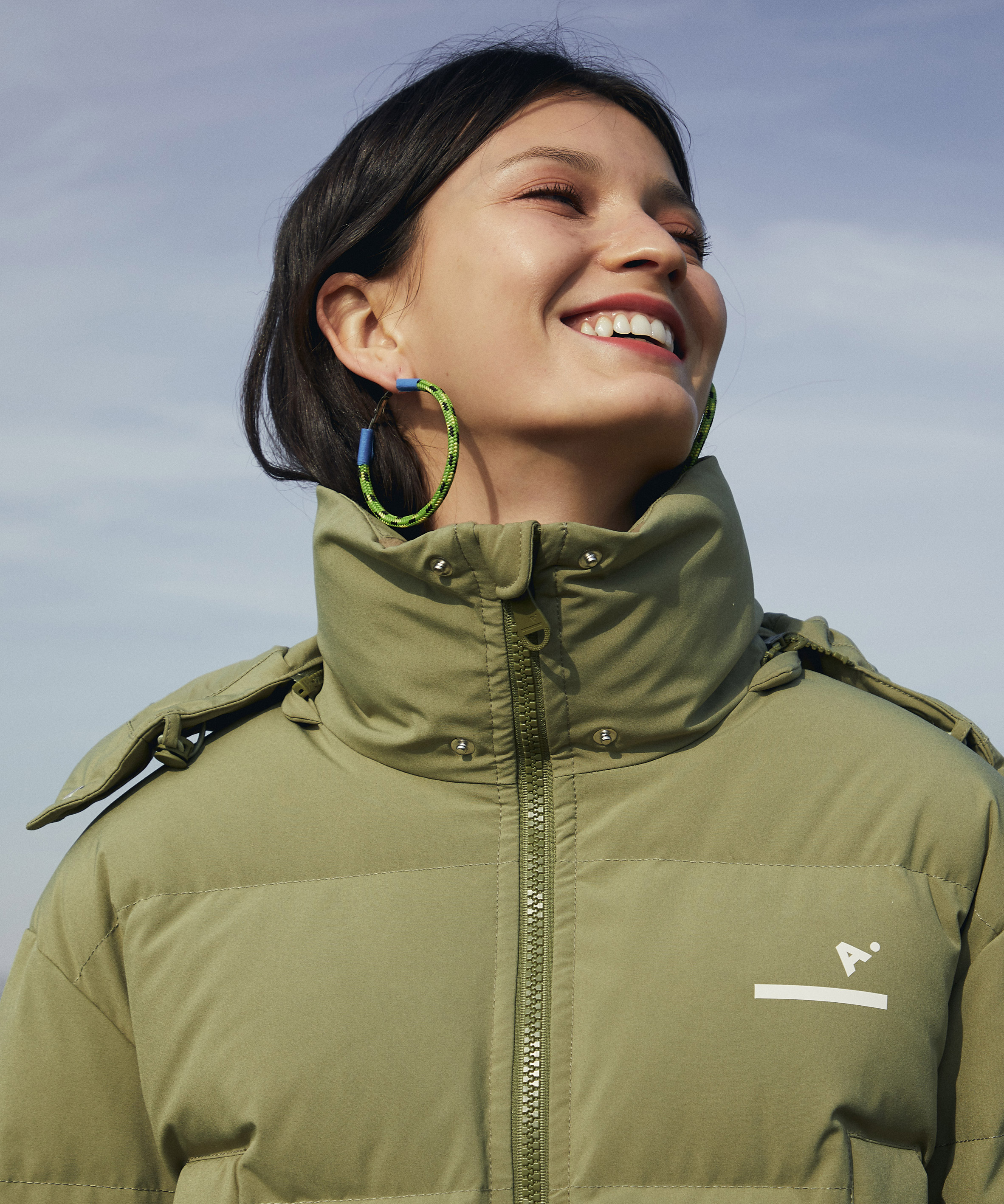 Aer is also designed to encourage wearers to brave the elements, and has a down and feather filling intended to make it warm enough in below-freezing conditions. The parka features a breathable, double-layer fabric and an exterior composed of polyester, polyurethane and elastane, which also is resistant to water and wind.

A cinching hood, microfleece-lined pockets and collar, storm cuffs with thumb loops, and a powder skirt at the bottom are among other cold-weather details.

The coat also includes removable backpack straps for carrying are located inside, and a double zipper with a zipper guard and reflective details. 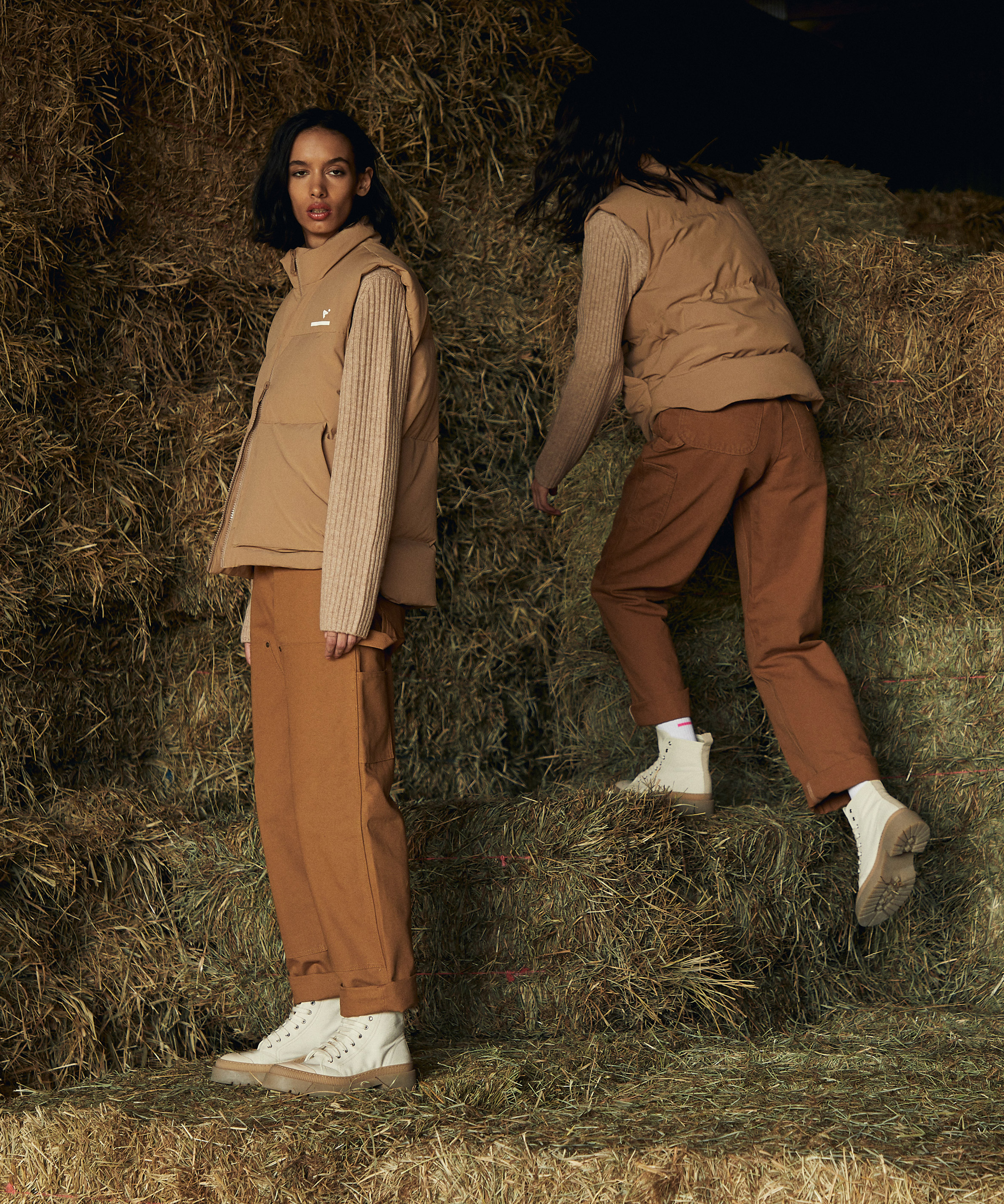 Aer is available in a range of colours, including navy, tan, black, soft green, lime green and yellow. The latter two are seasonal hues that take cues from a trip to Selfoss, Iceland.

"While there we visited multiple geothermal sites, including the Strokkur Geyser and Namaskard Sulfur pools," Johnson said. "The environments were both beautiful and completely foreign to us."

"The elemental palette of muted earth tones punctuated by vibrant geothermal pops of algae and acid became the origin of our 2019 Aer Puffer Collection," he added. 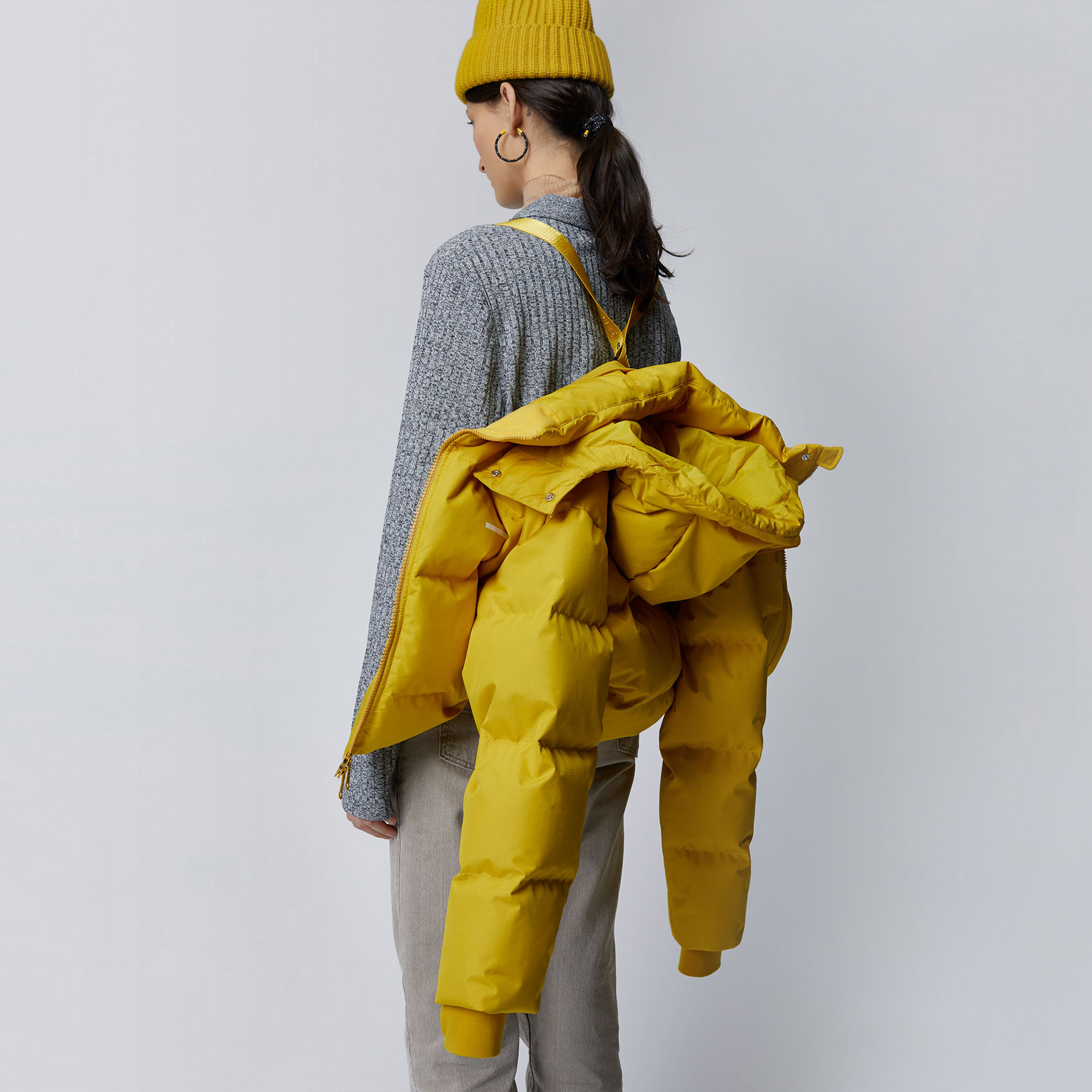 Aer is available in three cuts, with a cropped version called Aer Alpine, a standard version and a vest.

The Arrivals is a direct-to-consumer fashion brand in New York City, founded by architect Jeff Johnson and entrepreneur Kal Vepuri in 2014.

The brand has created several pop-ups over the years, including this year's "playful yet performative" weather-themed pop-up in New York's SoHo neighbourhood, and "alien" retail spaces with metallic and russet surfaces in 2017.