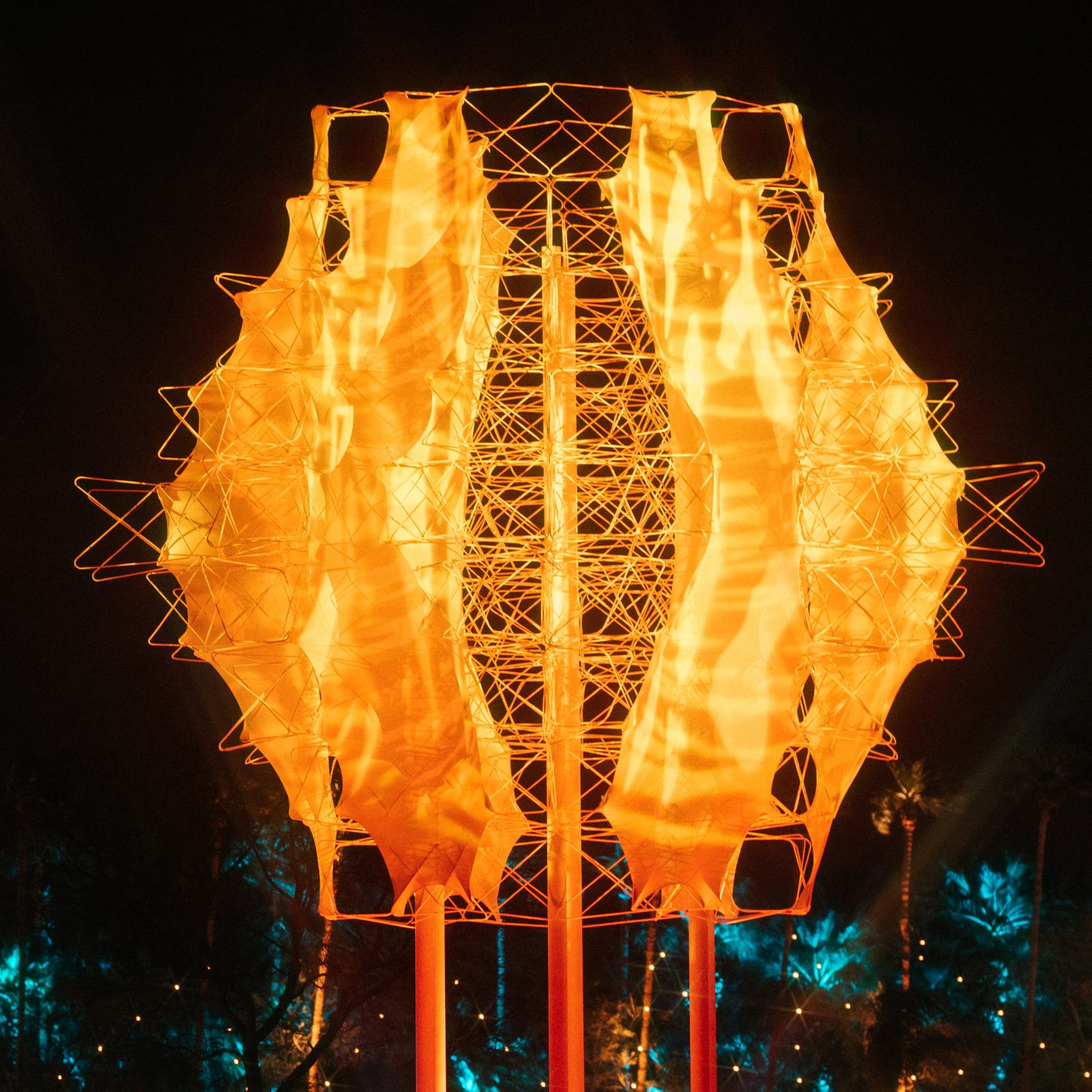 Coachella festival has returned to the California desert after a two-year hiatus, with artworks including a steel-framed playground by Architensions and a trio of totems by Kiki van Eijk. Here are seven of the most spectacular installations. New York and Rome-based studio Architensions has created a colossal structure made up of four steel-framed towers linked by bridges. These towers create a playful collage of arches and cubes, in vivid colours and dichroic film.

"The design evokes a familiar urban landscape, where the significance of play is reverted to its original definition of free personal time, in other words, a playground," said Architensions. Find out more. 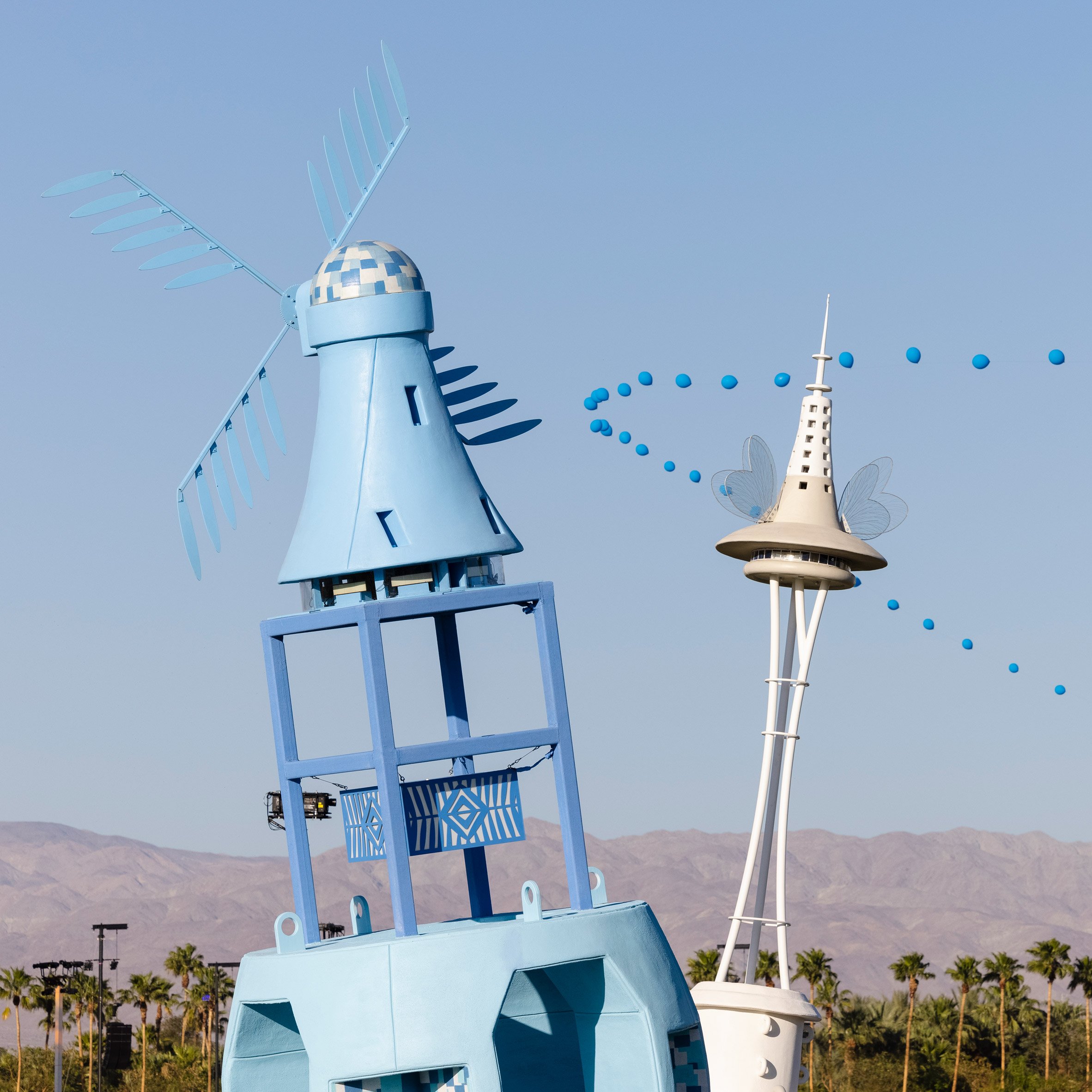 Kiki van Eijk becomes the first Dutch designer to contribute to Coachella. Hoping to emphasise the power of diversity, she has created a trio of totems that bring together cultural icons from around the world, including the Dutch windmill, the Arctic igloo and tropical leaves.

"I needed to build something optimistic," said Van Eijk. "My buoys are joyful totems that metaphorically prevent you from sinking when we come together." 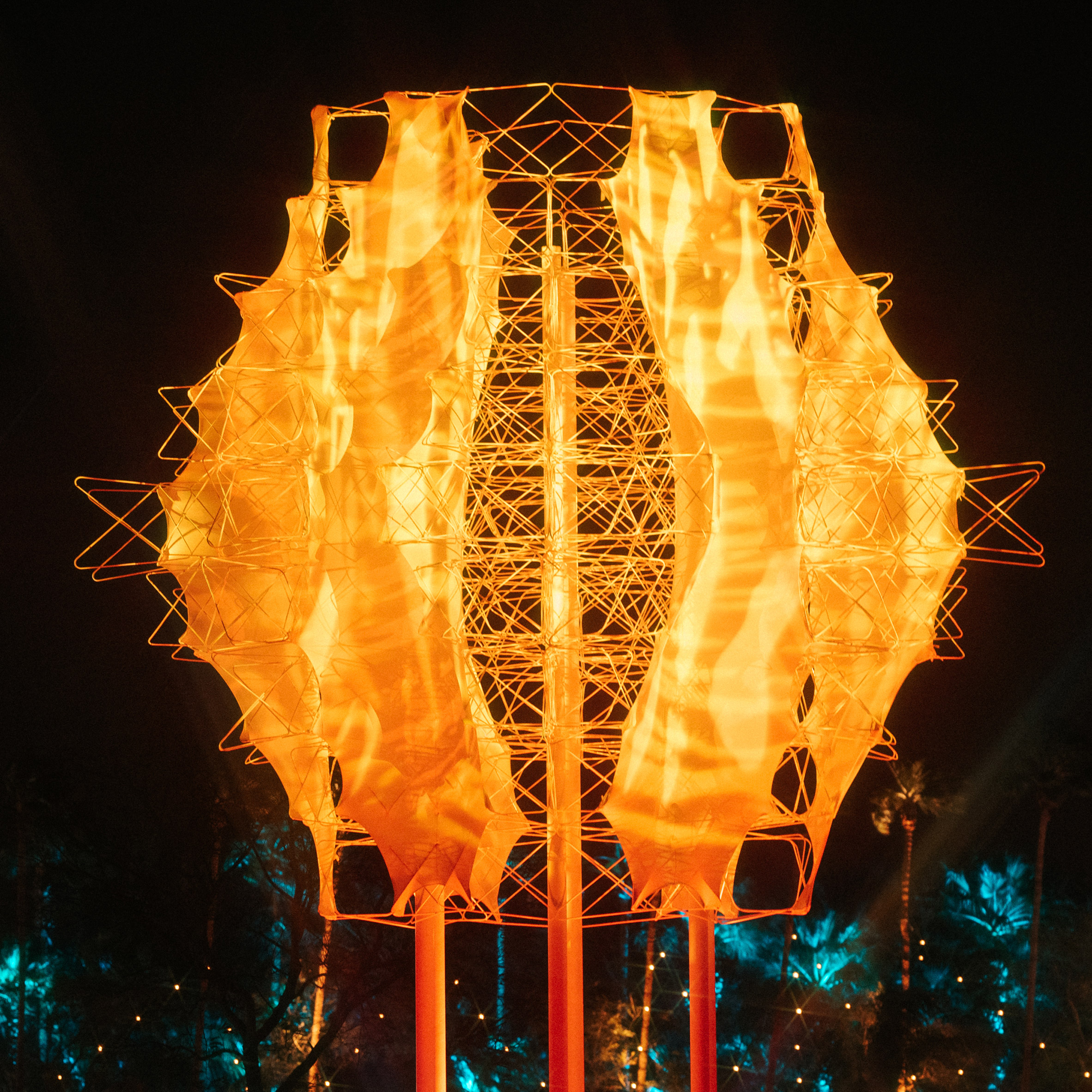 The design uses 400 reproductions of the mass-produced BKF Chair, also known as the Butterfly Chair, which was developed in 1938 by architects Antonio Bonet, Juan Kurchan and Jorge Ferrari. The metal frames are wrapped in a silky textile to offer shade to festival-goers. Coachella Valley-based artist Cristopher Cichocki has created a shell-shaped pavilion out of PVC tubes and animated it using natured-inspired music and imagery.

The structure is punctured by three circular tunnels. Here, highly magnified images of water, salt, barnacles and algae bring colour, pattern and movement to the walls, while a soundscape of field recordings grows in intensity from day to night. Making its third appearance at Coachella since debuting in 2018, this spiralling rainbow-hued tower continues to impress.

Designed by UK-based Newsubstance, the seven-storey structure uses translucent panels to offer colour-saturated views of the desert landscape by day. At night, it is brought to life by LED lights. The designs consist of steel silhouettes, each in a different primary colour. Revellers are invited to touch the nose of one dog, walk underneath a second and rest on the paws of the third. 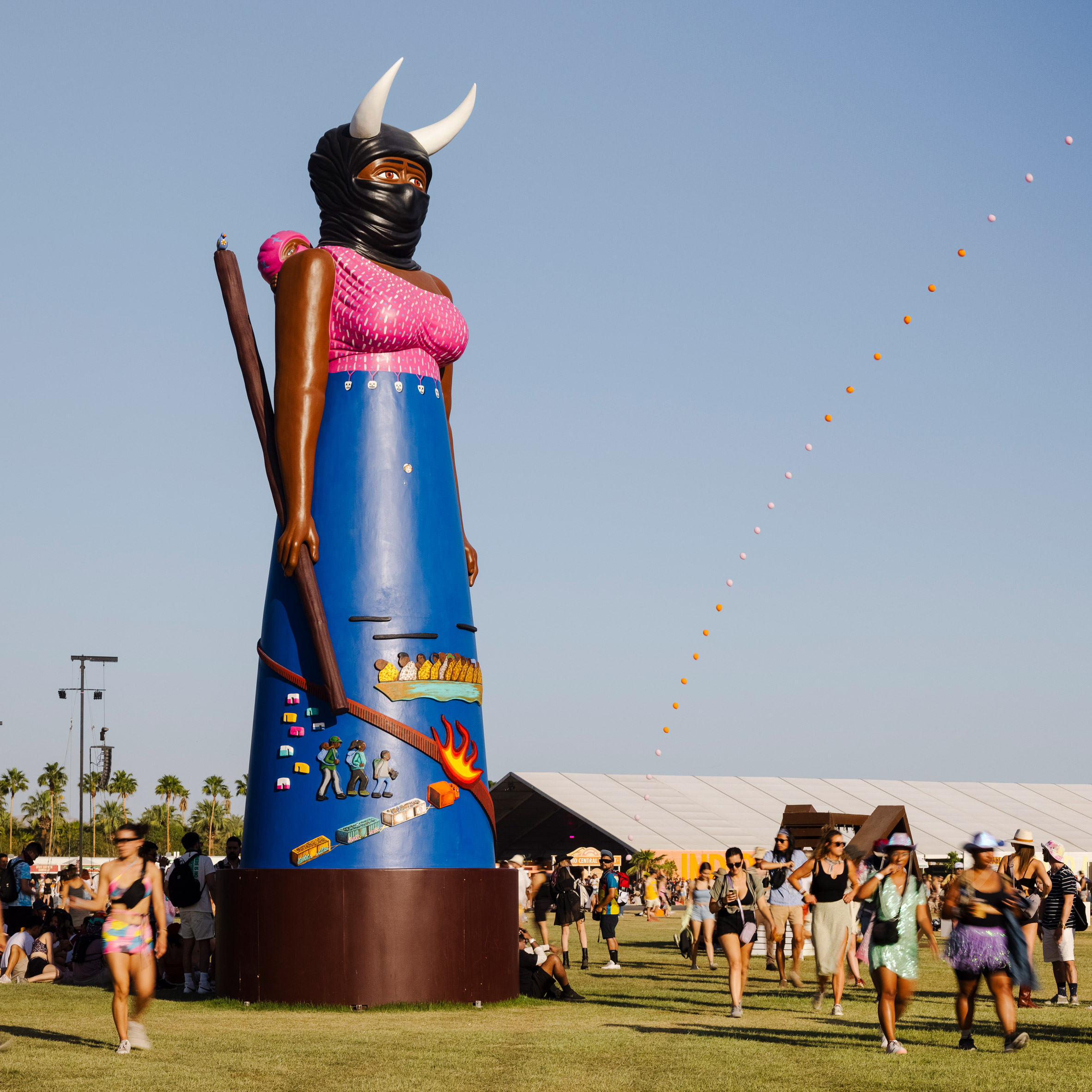 Texas-based artists Ramon and Christian Cardenas, collectively known as Los Dos, have created a "guardian of the immigrants from Mexico, Central America, and around the globe".

La Guardiana wears a skirt emblazoned with images of people travelling towards a border wall, a shawl to carry her child, a mask to disguise her identity, and horns to represent strength.

Photography is by Lance Gerber, courtesy of Coachella

The post Seven huge installations and artworks from Coachella 2022 appeared first on Dezeen.