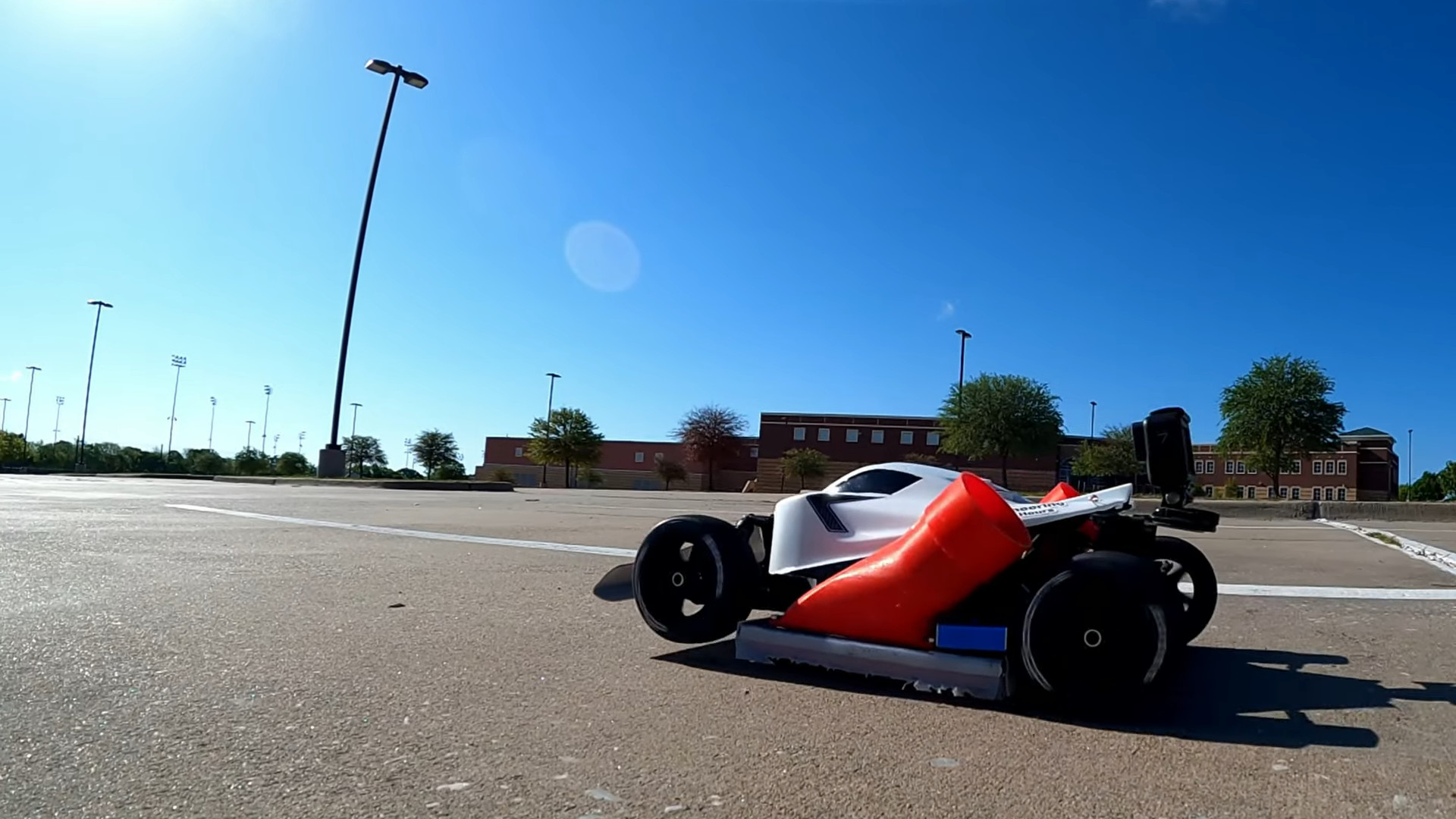 Tesla have claimed that their upcoming new Roadster will post a sub-2 second 0-60mph time. While it’s backed up by little more than a shiny website at this stage, [Engineering After Hours] took the number as a target to beat with his RC fan car build.

We’ve seen an earlier prototype of this build before, with the first version generating enough downforce to successfully drive upside down. The new build has several modifications to maximise its lateral acceleration capabilities. The new build drives all four wheels, which are fitted with sticky tyres coated in traction compound for maximum grip. The main drive motor, along with the fan and skirt assemblies, are all mounted in the center of the car now to properly balance the aero loads across the axles and provide a stable weight distribution for fast launches.

The results are impressive, with the car posting a 0-60mph time of just 1.825 seconds. There’s likely still time left on the table, too, once the car can be tuned to launch harder off the line. We’d love to see a racing series of fan-equipped RC cars hit the track, too, given the amount of grip available with such hardware. Video after the break.