You may remember her riding a Vespa around Rome, running before the Arc de Triomphe holding a bunch of balloons, or savouring coffee and a Danish at the first lights of dawn, contemplating Tiffanys windows. There is no denying Audrey Hepburn was among the biggest stars of Golden Age Hollywood ranking third amid the top 25 female screen legends picked out by the American Film Institute in 1999 but her charming looks have become just as iconic as her roles.

Lifelong friend and cherished muse of French couturier Hubert de Givenchy, Audrey Hepburn had the whole world fall in love with the sophisticated, distinctive style that made her into the fashion icon she still is today, 27 years exactly after her death.

Convinced just as she was that everyone can look like Hepburn, weve put together some of her best outfits and recreated her looks with modern designs. Happy shopping!

Hepburn is Princess Ann, a young royal who escapes her strict routine of press conferences, luncheons and same old ensembles, to join American reporter Joe Bradley on an eventful one-day tour of the Eternal City. The white button-up shirt, the striped scarf, the pleated midi skirt wrapped around her tiny waist and the pair of gladiator sandals Hepburn wears during her brief escapade, earned American designer Edith Head an Academy Award for Best Costume Design. 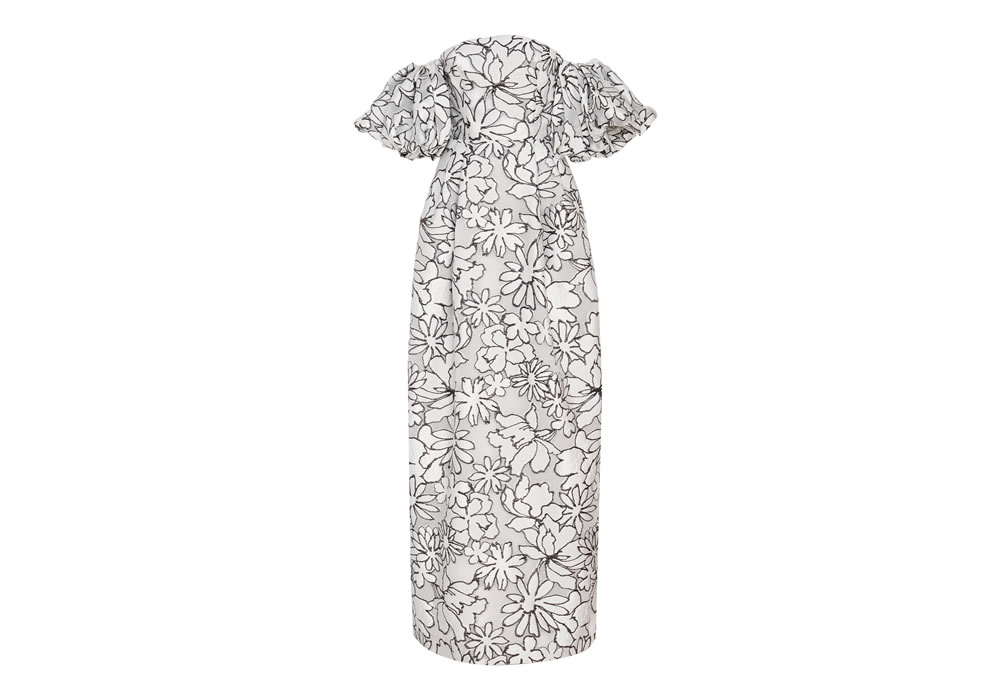 In a serious attempt to separate star-crossed lovers Sabrina, the chauffeurs daughter, and David, an incurable playboy born into the powerful and wealthy Larrabee clan, Linus (Davids older brother) takes Sabrina on a boat ride. Dressed in a pair of white high-waist shorts and a checked shirt with rolled up sleeves, Hepburn looks simply dashing.

Sabrinas most memorable ensemble is without doubt the Givenchy white and black embroidered gown she wears for her first appearance at a party at the Larrabees mansion. 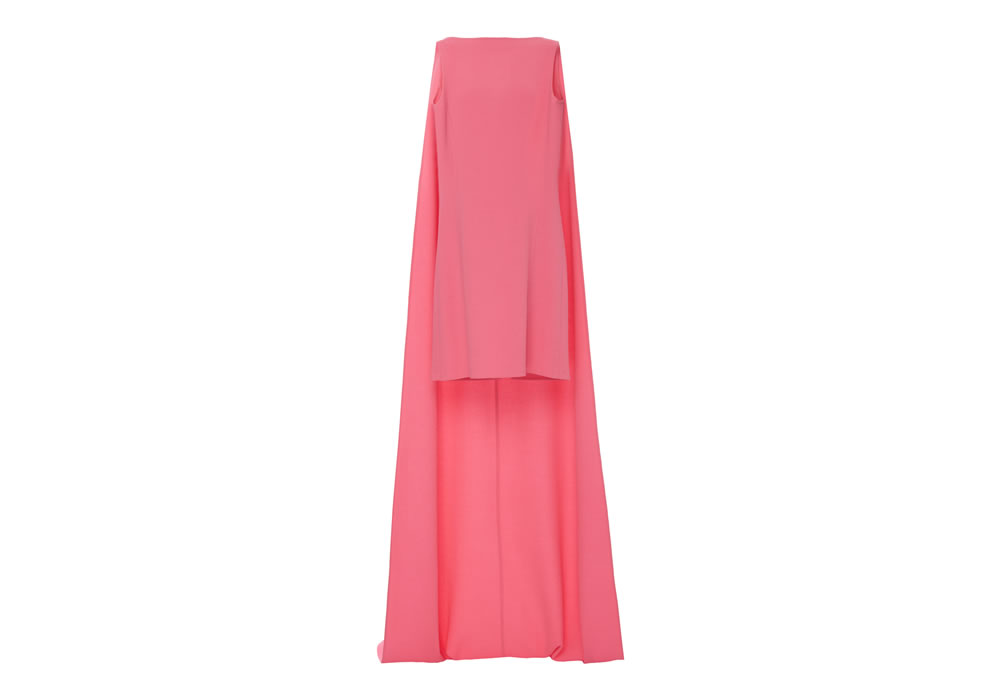 As a bookstore assistant slash amateur philosopher turned model, Jo partakes in a series of shoots all over Paris with fashion photographer Dick Avery, played by Fred Astaire. From the Louvre museums grand staircase to a classic bateaux on the river Seine, Dick immortalises Jo in a dazzling array of ravishing attires. Pictured above is Oscar de la Renta cape-backed wool-blend mini dress, which is available to buy online from modaoperandi.com here. 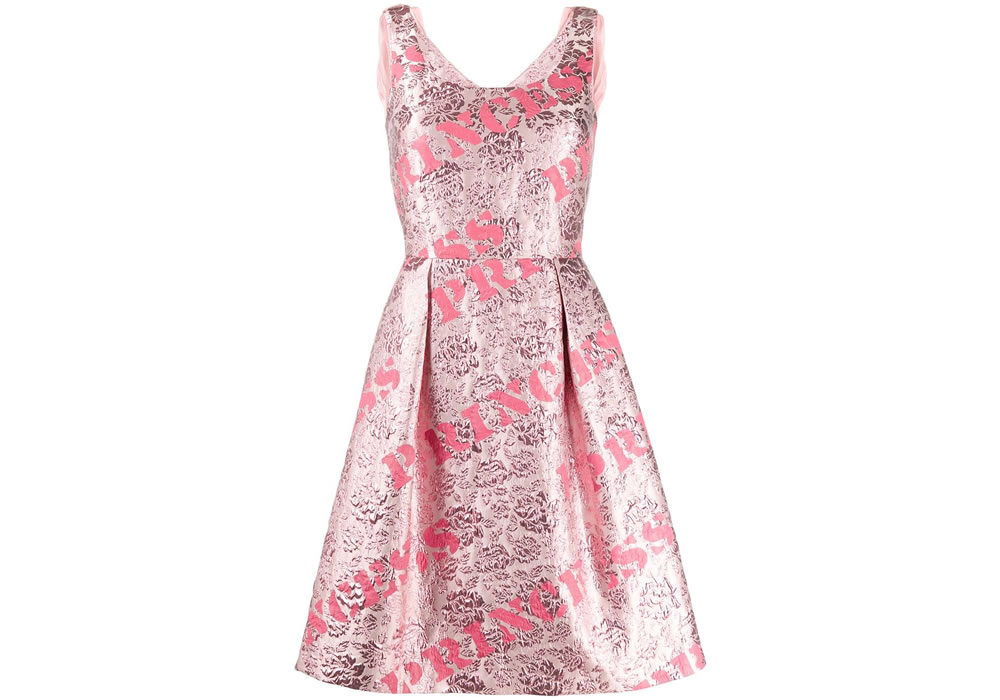 Troubled socialite Holly Golightly is perhaps the most memorable role Hepburn ever performed. Each ensemble she slips on is pure perfection and exquisitely accessorised.

Even when joining neighbour and aspiring writer Paul Varjak, whom she insists on calling Fred due to an alleged resemblance to her brother, for a drink at a strip-joint, Holly looks rather classy and refined.

If Holly Golightly can look this polished day drinking at a strip club, its no surprise that she turns into actual royalty when going on a date with the ninth richest man in America under 50. For the happy occasion, Holly puts on a Givenchy hot pink cocktail dress studded with gold little tassels and featuring a pink bow tied around the waistline, latched on the front.

Sport Pradas embroidered crepe cady dress to keep it classy, or wear Moschinos printed flared dress (pictured above and available from farfetch.com) to play on the royalty motif, and channel your inner Golightly. Pair it with satin kitten heels and a collarless, three-quarter sleeved coat of the same shade as the dress, and dont forget to throw on a crown. 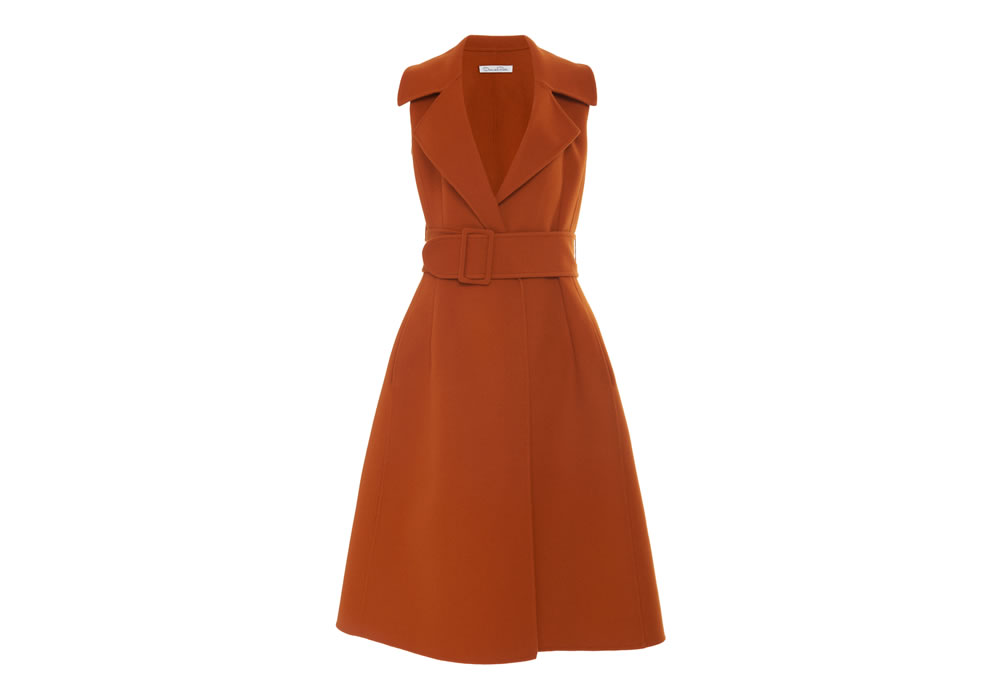 Screenwriter and old-timer playboy Richard Benson hires temp secretary Gabrielle Simpson to type the script of his romantic screenplay: The Girl Who Stole the Eiffel Tower. In one of the scenes, Gaby a simple Parisian working girl and Gabrielles fictional alter ego meets with her boyfriend Maurice, some actor, portrayed by Tony Curtis. Gaby wears a charming orange dress featuring a shirt collar and a bow detailing at the waist. 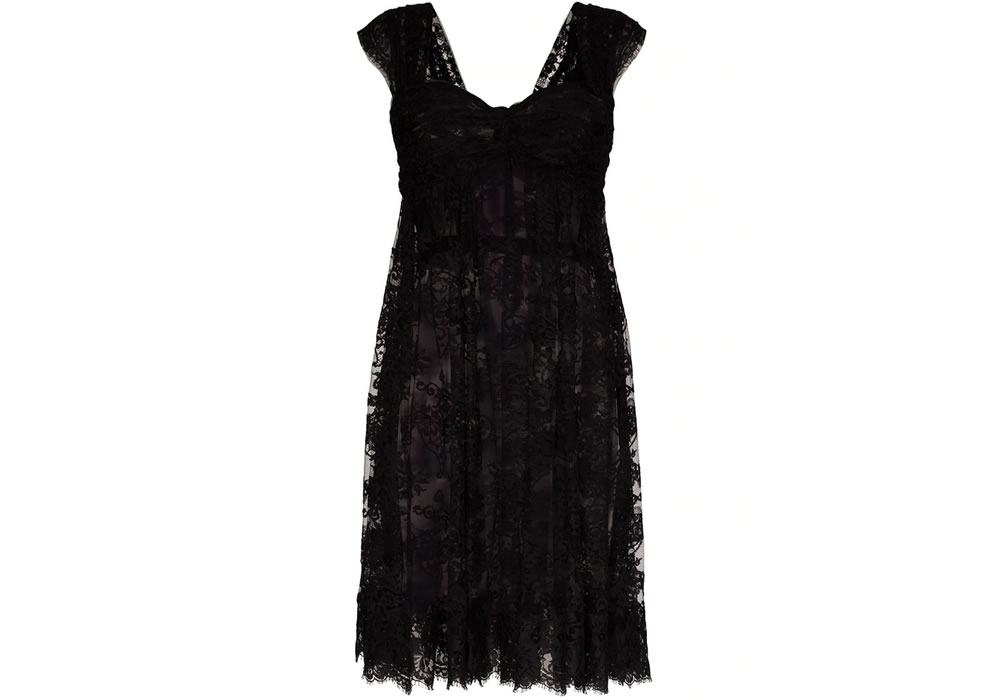 Nicole is the honourable and disapproving daughter of art forger Charles Bonnet. As her fathers risky business could be jeopardised by a forensic examination of his million dollar counterfeit artwork, a Venus statuette thats temporarily on loan to the Parisian Klber-Lafayette Museum, Nicole decides to take action in a desperate attempt to protect him. She meets burglar Simon Dermott at a bar in order to persuade him to help her steal the statuette before the inspection. Thats where she shows up in one of Givenchys most magnificent and artful creations: a black Chantilly lace cocktail dress with matching jacket and eye mask, accessorised with black patterned net tights, white gloves and Hepburns signature kitten heels.

Image credit at the very top of the article: Yorgy67/Bigstock.com